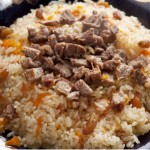 The first indication that the Qurban festival has arrived in Northwest China is the pooling of sheep outside every block of Uyghur tenements in the cities of Xinjiang. Quivering clumps of fat-tailed sheep are tied to branches as men begin sharpening knives for ritual slaughter. After the throat is cut, a small opening is made in a leg and air is blown from mouth to shank. The sheep is then hung from the nearest available beam or branch and skinned. Under ideal circumstances, every part will be used. 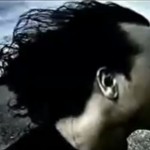 In the summer of 2012, 46,000 (some estimate up to 60,000) Uyghurs gathered regularly for three hours of interethnic agonistic struggle. They came from hundreds of miles away, old bearded men, rotund mothers, young men and women clad in sky blue. They came to engage in identity politics, but even more important, they came because for 90 minutes in that southern Ürümchi stadium, they were free to be proud of their complex subjectivities. 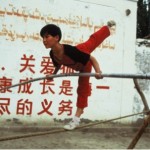 As the coils of economic development have tightened around the cities of Southern Xinjiang over the past dozen years, many Uyghur parents have increasingly found themselves without land, jobs, and stable futures. In many cases the strain of existential insecurity is most sharply expressed in the lives of children. 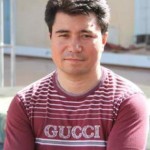 Last month Adil Hushor (Ch: Adili Wuxor) pulled off his latest feat – walking over the Pearl River on a wire suspended 116 meters in the air. Over the past decades he has walked between skyscrapers, over China’s most iconic valleys, canyons, stadiums, lakes, and rivers. He’s broken multiple world records by doing it faster and longer, higher and weirder. As a 19-year-old he broke 12 bones when a rotten rope broke in Shanghai and he fell 15 meters. But the everyday trauma of risking his life has not stopped him from tackling bigger and more dangerous feats. 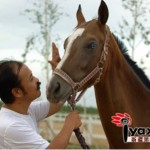 Behind Chen Zhifeng’s hotel and gallery in Northern Ürümchi are giant Jurassic Park-style gates often guarded by a huge hound (which I'm told is Chen’s personal pet). Inside the gates is something Chen refers to as an “Ancient Ecology” park: a collection of rare Xinjiang artifacts. There is a forest of petrified wood, a collection of meteorites, sand-polished boulders, mysterious stone balls, and a collection of ancient Turk ancestor stelae known as balbals. It is here, among propped-up 3,000-year-old desert poplars (the iconic symbol of Xinjiang), that Chen meets visiting heads of state and domestic dignitaries for business negotiations and history lessons in Xinjiang style. 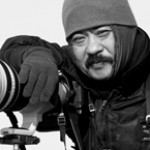 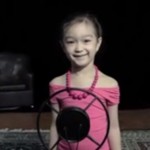 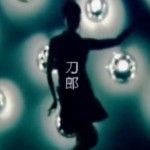 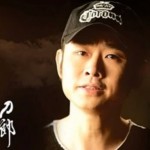