When Memetjan Semet first came to Urumchi he remembers being shocked at how isolated everyone felt from each other. For the first time in his life he didn’t have his family and childhood friends to lean on for support. He also noticed that he wasn’t alone in this condition. No one in the big city seemed to care about the others around themselves. Instead, people kept their heads down. They focused on their smartphones, chatted with friends in the virtual world, and ignored the difficulties of people nearby. The problems of strangers were not something they needed to feel.

On the last day of the four-day celebration of the biggest Uyghur holiday of the year, Qurban Heyt, or Eid al-Adha, it rained hard and cold. By the next morning a light dusting of snow covered the tops of the mountains overlooking the city. Like many holidays of sacrifice and harvest, this "Feast of the Sacrifice" signals the end of the season of growth and the beginning of the long hard winter. People were already beginning to sell long underwear in the walkway at the intersection of Solidarity and Victory Road next to the Grand Bazaar, and in a week, the heat would be turned on across the city. 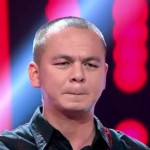