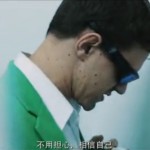 This video begins with the text: "After his video 'Donnie Does Marriage Market' went viral in China, Donald Mahoney was invited to Beijing to be a guest on the popular Chinese TV show: My Oscar." That's quite the set-up. But Donnie struggles, privately, with a crisis of confidence -- before finding himself amidst firecracker smoke. At the 10-minute mark, he goes on stage. It gets awkward real fast. 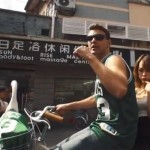 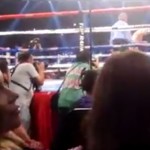 Donnie dons a suitsey (suit + jersey) and makes his way ringside to watch Manny Pacquiao-Brandon Rios fight at the Venetian in Macao. No, he did not have ringside tickets. 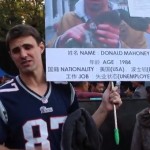 Unemployed Donald Mahoney, 28 or so, went to the Shanghai marriage market to get a spouse, which he needed "yesterday." You are sexually irresistable, he was told, but that -- along with his ability to do pushups -- was not enough to attract the attention of those with eligible daughters. A different ploy was needed... 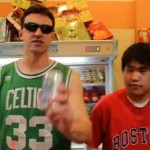 Donnie, if you couldn't tell, is from Boston, and in the wake of this past week's events, he's got a few things to say about his hometown... while wearing a Larry Legend jersey... taking down LeBron James posters from Dunkin Donuts... showering with a duck. It's heartfelt. 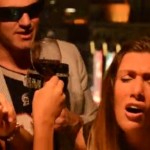 DJ Spenny is kind of a big deal in Shanghai, a notorious expat, as it were. Even more so than Donnie? See for yourself. 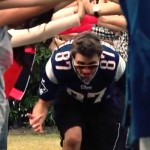 Who are these girls? How did Donnie convince them to participate in this? How do we watch Shanghai play Beijing in women’s lacrosse? All questions one must ponder. The answer we’ve always know though: of course Donnie played lax for the Boston Cannons. 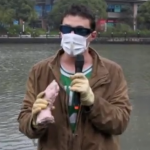 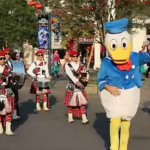 Quickly becoming one of our favorites, here's Donnie again with another episode of Donnie Does, this time from Happy Valley Amusement Park (we assume the one in Shanghai). "After that I said fuck it," he says at the end. Yeah, that's about right for a life philosophy, sometimes. Fuck it.