Donnie dons a suitsey (suit + jersey) and makes his way ringside to watch Manny Pacquiao-Brandon Rios fight at the Venetian in Macao. No, he did not have ringside tickets.

The blonde girl in front of him is, at first, amused by his running commentary, and even his ill-fated attempt to start a Pacquiao chant. Eventually: 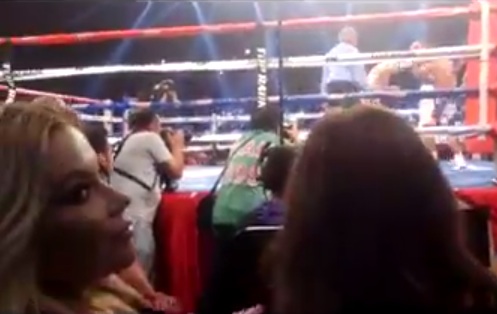 “If the event’s over and you’re not in jail, fuck it, just get in the ring!” 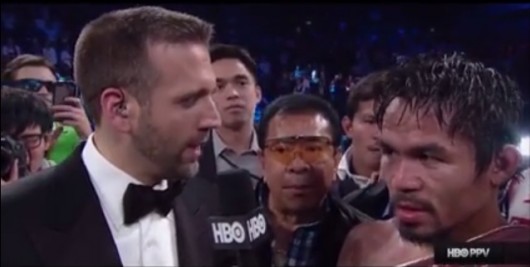