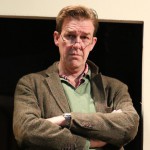 A year after leaving China and five years after publishing his first book (China Cuckoo: How I Lost a Fortune and Found a Life in China), Mark Kitto has a follow-up, That's China, technically a prequel that traces the beginning of his That's magazine franchise and looks underneath the fingernail of Chinese publishing. Kitto wrote the following column for Prospect, republished here with the author's permission -- with a freshly appended postscript.