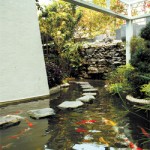 An update to the story of Cecil Chao Sze-tsung and his (one might say) Quixotic quest to marry off his daughter, Gigi, who’s into women — one in particular, Sean Eav, with whom she’s in a civil partnership. According to Financial Times, Chao is now giving his daughter the freedom to choose who she wants to... Read more » 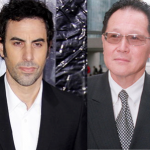 Deadline reports that Paramount Pictures has tabbed Sacha Baron Cohen to make a major motion picture tentatively titled The Lesbian, a story based off billionaire tycoon Cecil Chao and his $65 million bounty to find a husband for his lesbian daughter, Gigi. The Borat and The Dictator star will certainly have no shortage of content to work with, including all... Read more » 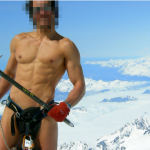 Picture via the Guardian, caption: “Gigi Chao (right) is already taken, having apparently married her partner of seven years, Sean Eav (left), in France recently. Photograph: Apple Daily/AFP/Getty Images.” Gigi Chao says she’s “really quite touched” by her dad’s HK$500 million bounty for her hand in marriage, and with applicants like this, we can see... Read more » 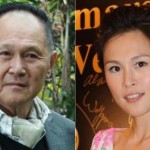 Hong Kong property developer Cecil Chao Sze-tsung, looking very much like a tycoon in the above picture, has offered HK$500 million for the man who marries his daughter, Gigi Chao. Emphasis: man. For you see, there is one slight problem, as reported by South China Morning Post: Rejecting suggestions Gigi, 33, is a lesbian and describing... Read more »