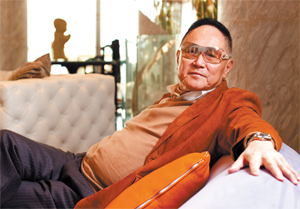 An update to the story of Cecil Chao Sze-tsung and his (one might say) Quixotic quest to marry off his daughter, Gigi, who’s into women — one in particular, Sean Eav, with whom she’s in a civil partnership.

According to Financial Times, Chao is now giving his daughter the freedom to choose who she wants to be with, as long as that person is 1) not Sean, and 2) a man. Rich people problems is what we have here. And what are the spoils to Gigi’s future hubby? 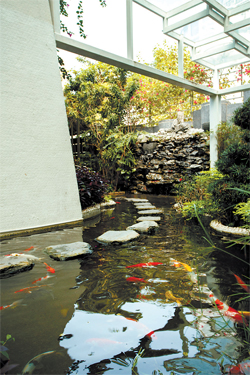 The house, at around 16,000 square ft, was designed to let in lots of natural light and to incorporate the sea view. “We tried to keep both sides light, mingling in the green environment,” he says. “So you have an interior garden mixed with an exterior garden and a waterfall outside.” He notices the waterfall is not operating and picks up a white telephone from the glass coffee table. “Julia, can you turn on the waterfall,” he says, his instructions transmitted through loudspeakers as though he were a Bond villain. “Our guest would like to see the sharks,” I imagine him saying. “Julia, can you please release them.”

Meanwhile, we literally just got this email one hour ago:

Add it to the pile. Love is a losing game.

2 Responses to “Inside Hong Kong Tycoon Cecil Chao’s Luxury Mansion, Which He’ll Give To The Man Who Marries His Lesbian Daughter”