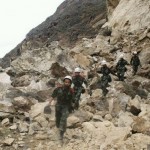 Xinhua is reporting that four are dead and 10 injured after a 5.9-magnitude earthquake (5.8-magnitude according to the US Geological Survey) struck the tourist area of Shangri-la in Yunnan province this morning. 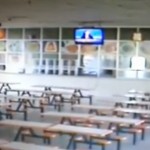 Twin earthquakes of 5.9 and 5.6 magnitude struck near Dingxi in Gansu province on Monday morning, leaving at least 89 dead and hundreds more injured. (The magnitude numbers are via the US Geological Survey; the China Earthquake Networks Center measured it at 6.6). The latest from AFP states, "China's official Xinhua news agency said initial investigations showed at least 5,785 houses had collapsed and another 73,000 were severely damaged."

In the age of hypersensitive geological instruments and scientific tools, isn’t it nice to know that the best way to detect earthquakes is with a warm-bloodied creature called a dog? Right, no. It’s a quaint idea — using canines to predict the earth’s tremors — but after implementation in one Chinese city, it’s also something... Read more » 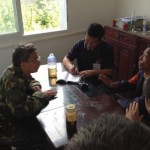 The first Chinese official to lose his job as a result of the Ya’an Earthquake is Yang Chengyi, 47, of Qingyuan township. Did he embezzle aid? Wear a gold watch? Smile while inspecting an accident site when he should have frowned? If only. According to SCMP, Yang was fired after failing to meet with disciplinary inspectors because... Read more » 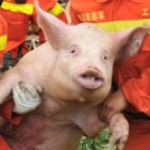 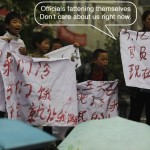 On April 20, a 6.6-magnitude earthquake struck Lushan in Sichuan, 160 km southwest of the provincial capital of Chengdu. While much smaller than the 8.0-magnitude (125 times more severe) quake that hit the region in 2008, Xinhua reports that there are 192 dead and more than 11,000 injured. Sichuan is no stranger to earthquakes. Since records began there... Read more » 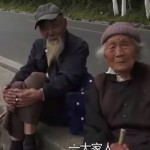 If you'll allow yourself a quick moment of unabashedly sentimental feel-goodness, please turn your attention to this story out of Longmen Township in Sichuan province. A Youku citizen journalist encountered an old couple walking down a mountain road in this earthquake-striken part of town on Monday at 9 am. The woman, hard of hearing, is 90 years old this year, while her husband is 88. The couple has no home to return to -- "just a tent," says the husband. 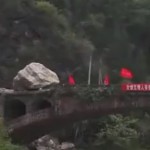 The earth's convulsion along the Longmenshan front on Saturday jiggered a few rocks loose from the mountains of Sichuan, among other things, and on a narrow road connecting Longmentong and Baosheng Township, a boulder rested squarely in the middle, blocking everything. Two days later, the bulldozers were out, along with a demolition team. Uniformed young men, looking like China's version of the national guard, ushered villagers from the area. Experts drilled a hole into the boulder, then packed it with gunpowder. Then, beginning at the 2:40 mark, a silent countdown... toward... KABLOOEY. 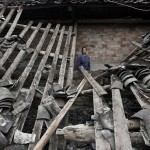 The suffering and grief that accompanies the loss of an only-child is already unimaginable, but what about the loss of two children, in the same place, five years apart, to the same natural disaster? Lu Jingkang, 50, has lost both her children: her son in 2008 to the Wenchuan earthquake, and her daughter on Saturday... Read more » 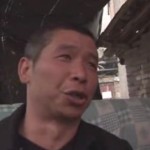 Wu Yong, who lost his only son in the Ya’an Earthquake, initially comes across as calm and collected as he recalls the story of how he discovered his child buried, while sleeping, under rubble. When his stoic front finally crumbles and he sobs into his hand, what we have is a human face, an individual,... Read more »