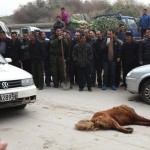 Not a week after we learned about a Tibetan Mastiff that was brutally shot to death by armed officers, here's a story about two Tibetan Mastiffs shot -- with pistols -- and beaten -- with shovels -- by police officers and residents of a village in Shijiazhuang, Hebei province. NetEase has the story and pictures. Warning: pictures aren't pleasant to look at. 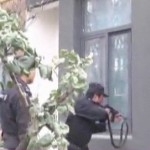 How many heavily armed policeman does it take to kill an oblivious Tibetan Mastiff? Apparently the answer is six. 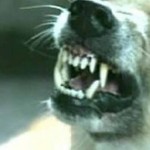 Rabies is a third-world problem: it's treatable as long as you have money and access to the proper medical care. (Ninety-five percent of human deaths are in Asia and Africa, according to the World Health Organization.) In Jiangsu province, a father chose -- out of monetary reasons -- to not seek treatment after sucking blood out of a dog bite on his son, and is dead as a result. 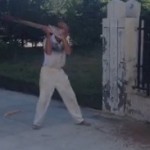 Want to see some animal cruelty? Of course you don't, because you're a sane, well-adjusted human being with a decent upbringing. But goddamnit, here's an old man beating a Tibetan Mastiff to death in Tianjin, in plain sight, under blue skies -- while someone fucking films. 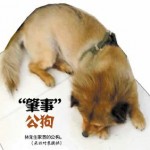 A woman in Guangzhou who saw a neighbor's pooch mounting her purebred is calling it rape and demanding 100,000 yuan in compensation. She's also threatened to "castrate" her neighbor's dog, in Global Times's words, which brings up the all-important question: what the hell does that mean? Is she planning on slicing off the dog's dick with a box cutter? Perform sorcery on it like the sadistic wizard did to Varys? Like Fulbert did to Abélard, whereupon the neutered mutt enters a canine monastery?

In the age of hypersensitive geological instruments and scientific tools, isn’t it nice to know that the best way to detect earthquakes is with a warm-bloodied creature called a dog? Right, no. It’s a quaint idea — using canines to predict the earth’s tremors — but after implementation in one Chinese city, it’s also something... Read more » 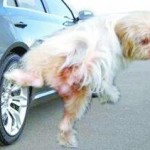 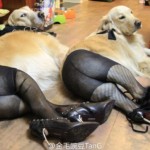 Forgive us for being a week late to this, and we really don’t have anything to add to Kotaku’s story – “Hong Kong news site Sharp Daily (via IT Media) is reporting that on Chinese social networking site Weibo, many users are uploading gag photos of their dogs wearing panty hose, joking how ‘sexy’ the mutts look,” writes Brian... Read more »