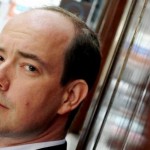 Mark Zimny is one smug fuck. Feel free to draw your own conclusions, but I don’t know what else to think of a man who promises rich parents in Asia that he can get their child into prominent overseas universities. And then when one family sues to get its $2.2 million back because he failed to deliver,... Read more » 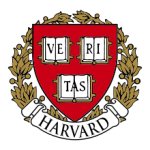 Maybe one can put a price on a child’s education? If you’re Gerald and Lily Chow of Hong Kong, that price happens to be $2.2 million. That’s how much the pair reportedly spent over four years on a Cambridge, Mass.-based education consultancy that basically guaranteed their two sons would get accepted to Harvard. The investment... Read more » 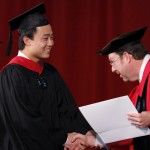 Via Yahoo.cn (H/T Alicia) Bo Guagua graduated yesterday from Harvard Kennedy School. Adam Samberg gave a speech, and with that, another lot of wide-eyed, partied-out co-eds officially enter the workforce, ready to displace the infirm and ineffectual. I’ve said it before, but I’ll say it again: the kids these days will spell the end of us... Read more » 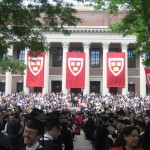 By Gregory K. Shapiro Last month, Bo Guagua brought some rather unwelcome attention to Harvard, managing in one fell swoop to both draw further ridicule to himself and to affirm every popular stereotype of Harvard students as arrogant, out-of-touch elitists. Perhaps unintentionally, he’s also drawn attention to an ongoing practice by Harvard of welcoming top... Read more » 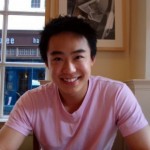 Via Cherwell.org I don’t normally read the Harvard Crimson, but I’m going to guess that newspaper just got its finest scoop of the year. Bo Guagua corresponded with staff writers Hana N. Rouse and Justin C. Worland (what’s with the middle initials? Must… suppress… prejudice), and wrote: Recently, there has been increasing attention from the... Read more »