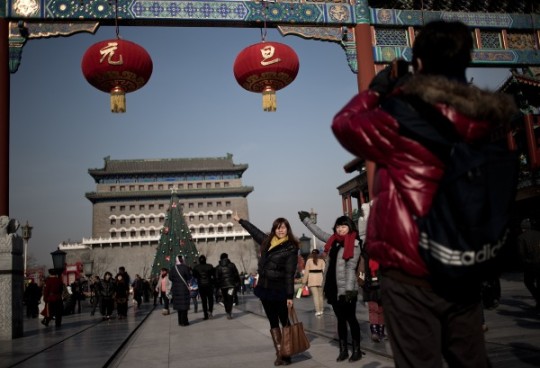 The New Year has arrived links.

Shooting death. “Police in central China’s Hubei Province said Tuesday they have arrested seven people for their suspected roles in a shooting that killed one and injured ten others on Monday evening. // A statement from the public security bureau of Wuhan, capital of Hubei, said home-made shotguns were used during the shooting that occurred in an abandoned house at around 9 p.m.. The incident was caused by a gambling dispute, it added.” (Xinhua)

Another sex scandal? “An internet user in China has posted details of a sex scandal involving a local official on Sina Weibo, the country’s equivalent of Twitter, according to Chinese-language news website dzwww.com. // The user’s posts reportedly show Du Zeyong, said to be the deputy party secretary of the city of Liaocheng in Shandong province engaged in sexual acts with several of his mistresses.” (Want China Times)

Don’t lock people up. “Nan’an, a city under Quanzhou of Fujian province, has punished eight officials in its Xiangyang township after a man posted messages online claiming that his father and daughter had been locked in the township’s family planning service institution. // Lin Tiesheng, 29, a township resident, posted a picture on his weibo account on Wednesday that showed eight people, including two children, locked behind a barred gate.” (China Daily)

On Chris Buckley’s departure. “It’s within the realm of possibility that this was a bureaucratic trip up rather than a purposeful expulsion, and some folks at NYT have said they’re optimistic Buckley will be allowed back in. But given that NYT pushed the government to settle the issue before Buckley’s visa expired, the obvious political implications of the situation and the Foreign Affairs Ministry’s refusal to comment, it’s very hard to imagine there wasn’t intent to make Buckley leave.” (Eric Fish, Sinostand)

Always fun when countries editorialize on one another. “When U.S. Federal Reserve Chairman Ben Bernanke coined the term “fiscal cliff,” he should also be aware of the 16.4-trillion hole in U.S. public finances. // If you call over 600 billion dollars of tax increases and spending cuts a ‘fiscal cliff,’ the total U.S. government debt has created nothing but a ‘fiscal abyss.’” (Xinhua)

One heck of a walk. “As New Year’s resolutions go, Michael Lee Johnson’s is — quite literally — epic. // In July, he’ll board an airplane and fly from England to Beijing, China. Then he’ll strap on a 75-pound backpack and start the trip back to London. Oh, and there’s one catch — he’s doing it entirely on foot. // The 28-year-old Johnson estimates the journey will cover more than 9,000 overland miles — plus 21 underland miles through a little-known service tunnel used for walking beneath the English Channel — and take three to five years to complete.” (Mashable)

“Guy missed his flight in Guangzhou, so claimed a bomb was on board instead.” (The Nanfang)