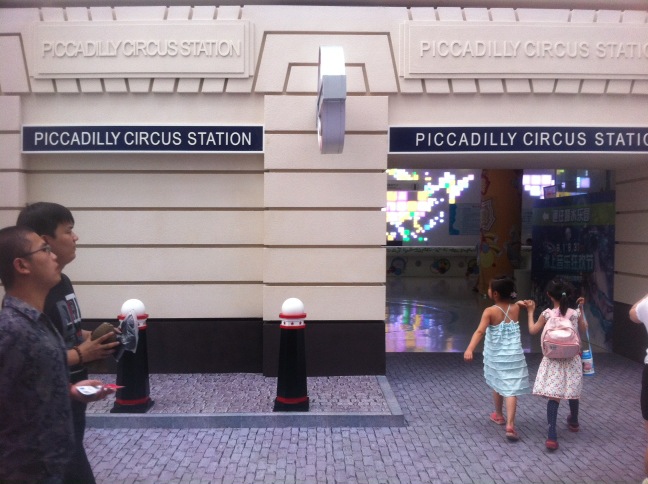 When the Chinese don’t have the time or money to visit a foreign country, they bring the foreign country to China. And they do it their way: at the Beijing World Park, for example, you can see Niagara Falls as it should have been (roaring into the Grand Canyon), learn that Southwark is a semi-autonomous region in South London, and see the default Chinese view of Africa – penis gourds and poverty, mostly.

Now the folks up in Beijing Olympic Park offer you ‘Water Cube to London 2012’, a painstaking recreation of a real London street, where tourists can watch the Games and, perforce, tour. They’ve got everything right – pigeons, immigrants drinking supermarket beer outside a pub, a cheery Cockney hawker selling jellied Es and whiz, a local Community Support Officer standing blissfully unaware nearby…

There’s also decking and seating; one booth purported to offer happy hour ales and a carvery for eight quid, piquing our interest in an English-style pub lunch; alas, it proved to be a ruse – a missed opportunity there. This video captures the vibe nicely, as well as the reaction of yer average tourist. One describes London St. as “beautiful” while another praises the “rubbish bin and bus stop seats” as “classic London scenes” (see also, 1:35: ‘man taking photo of foreign bus schedule’).

There’s also a small exhibition area with a gallery of Olympics posters from the last century. Here it’s easy to see how:

Head to London St. to watch the Opening Ceremony on Saturday 28 July – you know, the one at 2:30 am Beijing time. 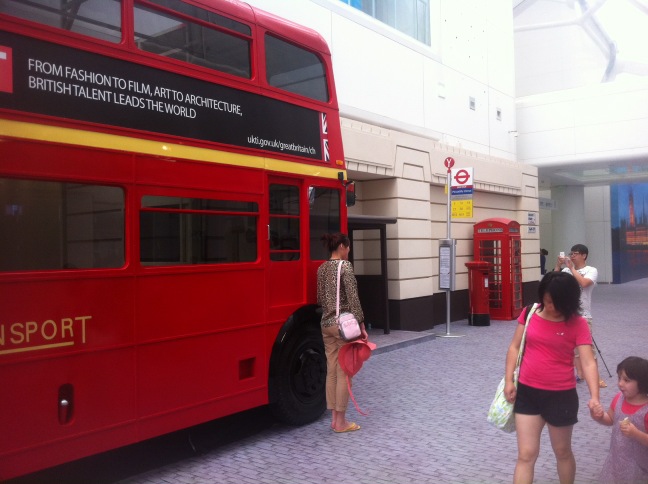 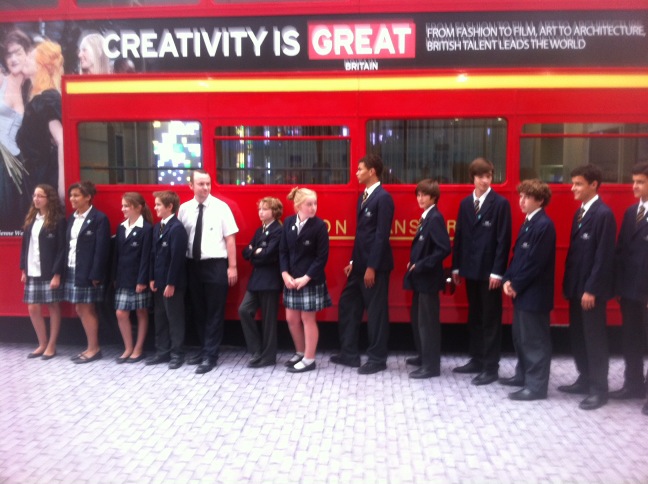 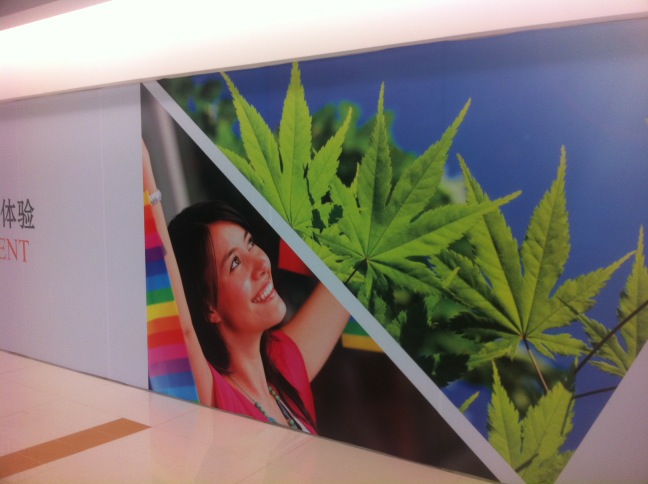 No wonder this woman nearby is smiling: she's looking forward to getting stuck into that cannabis 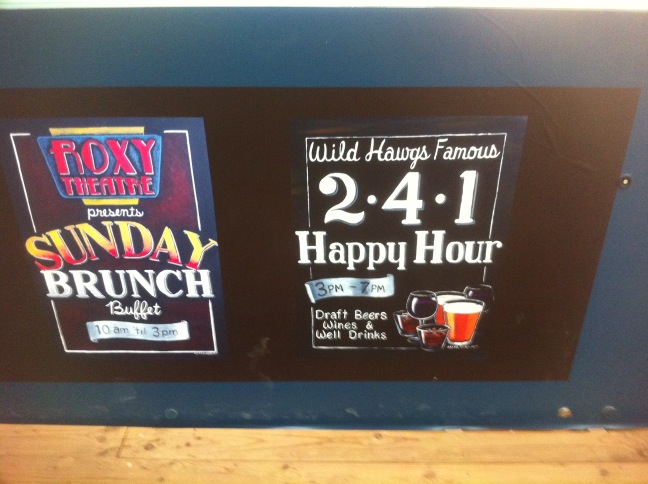 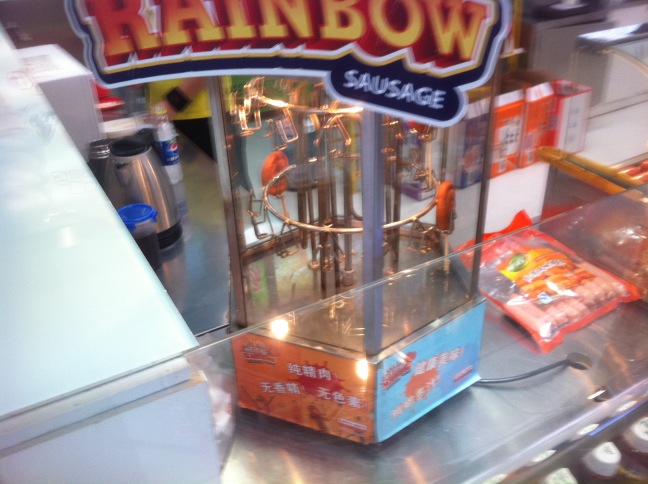 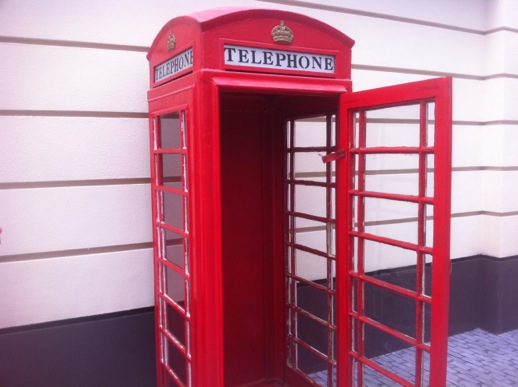 This classic red telephone box is made of wood 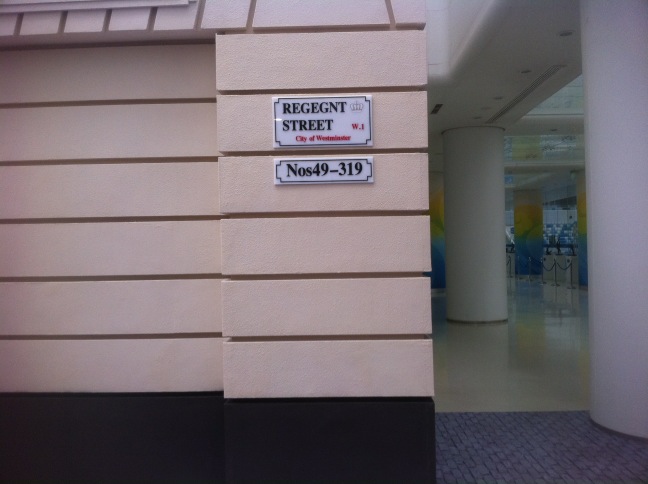 Unbelievably, they managed to fuck up "Regent Street, W1" 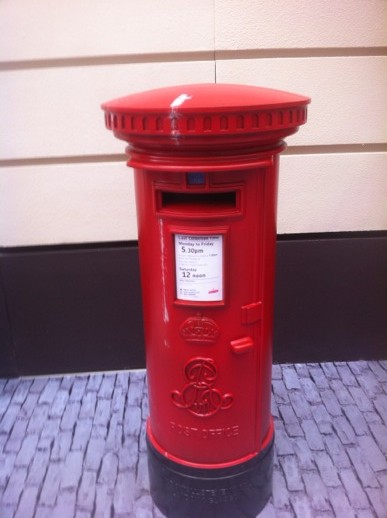 The letter I posted to Yang Rui never arrived...