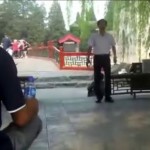 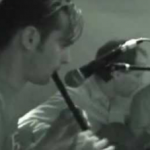 Posted on Monday by YouTube user texasdaveodell -- who longtime Beijingers will remember as Dave, a staple in the local punk scene -- the musicians in the video could well be Beijing's first Irish band, active from 1999 to 2001. (Or not -- someone out there correct this bit of info in the video title if you can.) Like a true nostalgic, Dave has asked the members of the outfit to contact him at dave@texasdavid.com. You know what they say about growing old and wistful: the older you get, the more you wish you would've married that curly-haired flutist in that Irish band. 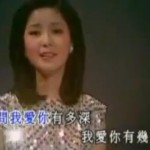 It's been 17 years -- to the day -- since Teresa Teng died of a sudden asthma attack in Thailand at the age of 42, yet her fans still mourn. Teng is identified as a Taiwan pop idol, but her influence extends across East Asia. She recorded songs in at least seven languages, the most popular of which is embedded above and after the jump (on Youku for those in China).

Alert: If you're a musician who knows how to play the guzheng, you should make a video, because it'll have a very good chance of going viral. First there was the Adele cover, followed by the Titanic theme song, then that "cultured Chengdu guard." Now? Just a traditional Chinese guzheng song... on iPads.

Last weekend, Yugongyishan, a miniature dungeon-style music venue hidden behind a wooden door near Zhangzizhong Road, brought a hip-hop legend, a man with a name of such repute that you quasi-expect him to show up in a red cape and mask with turntables strapped to his back, his superpower being the ability to spin tracks and scratch vinyls that forces enemies to dance (think Jim Carrey's The Mask when he sings his samba/Latin song and all the cops break out in song and dance). 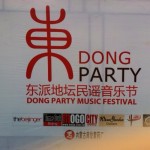 Considering Beijing is the capital of the world’s most populous country and one hell of a city, it's a joke that the month's big social event is Lil'Jon at Spark. On a Sunday night. Spark, by the way, was the hottest club in town until the owners decided to charge 200 motherfucking RMB for cover. (For guys, that is. Girls pay 100 RMB.) But Lil'Jon is Lil'Jon, and naturally, I had to be there. 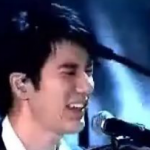 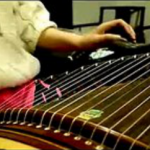 Two years ago, musician Cholo Hermosa, one of the founders of a new Manila-based band called Yolanda Moon, visited Beijing with a company and family, and he shot lots of videos to, as he puts it, "have a first-person aspect of my trip to remember how I felt when I visited." It was only recently, however, that he was able to pull all the footage together and use it for the YM song "Path."