First of all, it’s eight minutes. Say what you want about “Survival,” London’s official Olympics song, but at least Muse had the courtesy to stop at a reasonable five minutes and 20 seconds. For what is essentially an overproduced, commercialized ditty, what couldn’t you possibly do in five minutes that you need eight? Actually, we... Read more »

There's no logical reason for me to enjoy this video, "Karaoke in Beijing," by YouTube user dimitrivandillen. But I do. And I'm not sorry. 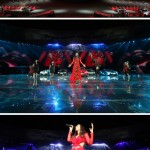 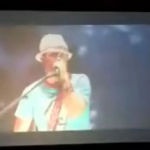 Grammy Award-winning singer-songwriter Jason Mraz played in Beijing on June 12 as part of his Tour is a Four-Letter Word, marking his first time in China. Without any opening, he and his band played an hour, then did an encore. That's a lesson here that big-name foreign musical acts would do well to heed: respect the crowd, and they'll respect you. Those inside Workers' Gymnasium seemed to love Mraz, often chanting, "Jason! Jason!" Thanks to Youku user xiaozhunanhai, the full concert is embedded after the jump, in surprisingly high definition. 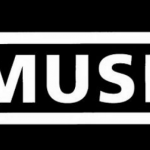 London Olympics organizers have said they wanted to go a completely different direction than Beijing (and everyone ever), and yesterday's release of this year's Olympic theme song, "Survival" by Muse, confirms they're men and women of their word. But really, organizers are a Steps line dance away from being in full fuck-all-y'all mode: they do not give one rat's greypence about what the Olympics were, are, or will be. This year, it's gonna be British, so contemporarily and creatively British that anyone who doesn't like it can make like a tree and naff all the wankbats up Piccadilly.
Last week, we posted a video from Nice Peter called Chillin Panda Baby. What we failed to mention was that Nice Peter is sort of famous on the Internet for a series of amazing vids called “Epic Rap Battle,” each with millions and millions of views (like, 58 million, in the case of Darth Vadar... Read more » 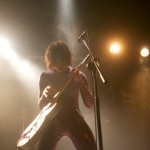 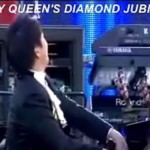 Lang Lang, who turns 30 next week, performed outside Buckingham Palace on Monday for the Queen's Diamond Jubilee Concert, featuring Paul McCartney, Stevie Wonder, Elton John and others. The main song in Lang Lang's medley was Franz Liszt's Hungarian Rhapsody in Blue #6, which seamlessly transitioned into George Gershwin's Rhapsody in Blue. Kid's got some skills. 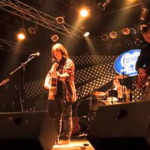 Looking for Chinese music? The Sound Stage, hosted by Jonathan Alpart on China Radio International, may be your answer. Calling itself "your all-access pass to Chinese new music," it seeks to promote the latest in contemporary Chinese music every week. The above is a sample -- episode two. 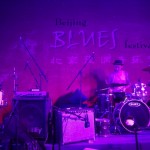 The Good Doctor attended a private VIP party for the Beijing Blues Festival at YAN Club at 798 last Friday. He came back with these pictures.