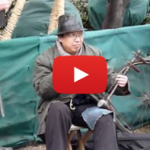 I'm not usually one to talk about weather, but today is one of those perfect spring days you could, with a straight face, call redolent. Have yourself a walk and see if good memories don't find a way into your mind. Not to mention dreams of a good year, a bountiful harvest of the spirit. 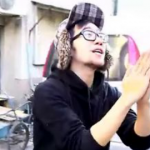 Jason Chu, from New York City to Beijing, is leaving in three weeks for Los Angeles, and he claims on his website that it's for good (but not without a party -- "You are ALL INVITED to 'Goodbye, Beijing.' – a farewell concert, EP release party, and video premiere coming 4/21 in Beijing’s 798 Art District"). He released the above video on Sunday as a preview. Check it out. Youku video for those in China after the jump, as well as lyrics. 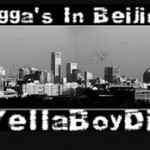 If you're responsible for the above video, get in touch (email, Twitter). We want a second verse. 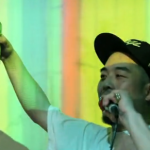 Sometimes it takes being followed on Twitter to find a hidden gem. The above video, produced by Lebogang Rasethaba and Gabriel Clermont, came to my attention after Clermont followed @beijingcream. It's sweet.

Warning & Credit … Do not try this at home!!! … Being a crazy Chinese kid … And don't know what he doing … Then imagine have a Godzilla in your backyard … Chasing you and your friends!!! … And I mean REALLY?!?! ...
Guzheng video via Shanghaiist. Youku video for those in China after the jump, plus the original video of Adele’s “Rolling in the Deep” for those four people who haven’t yet seen it.