Hundreds of onlookers, like flies to light, were entranced by a public showing of pornography on a big-screen near a railway station in Jilin, Jilin province last Wednesday, reports SCMP. This is not the first time something like this has happened. 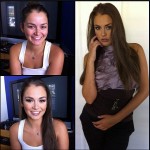 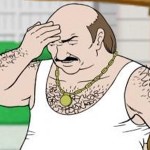 The art of eroticism has come a long way since 2000 BC. Check out these petroglyphs from the Bronze Age – the Kangjiashimenji Petroglyphs — found in Xinjiang. Slate’s Mary Mycio reports they were discovered in the late-80s by archaeologist Wang Binghua, with Jeannine Davis-Kimball being the first Westerner to see them.

We know porn's a no-no in China, but did you know that in its "extreme" form it's also illegal in Britain? One former CCTV presenter does -- now that he's facing up to three years in prison. "Sen Luo, 40, had more than 800 videos on his laptop and hard-drives and claimed he needed them to 'research' a Sex and the City-style book," according to The Sun. "But jurors found him guilty of two counts of possessing extreme pornography."