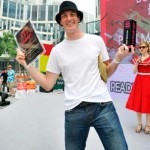 Where is Chen Guangcheng Right Now? Usually these come on Monday, of course. Sometimes the top of the week gets delayed. Links. 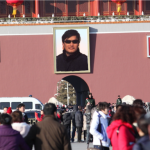 Here’s that picture I promised you from about 12 hours ago. Thus concludes our “Where is Chen Guangcheng?” series. Have a lovely Sunday afternoon. 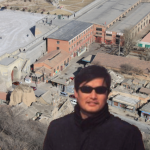 On the left of that ancient gate is the new town of Zhangjiakou, a prefecture-level city in Hebei Province. On the right is Old Town. Now you know. Here‘s a refresher on why we’re tracking Chen Guangcheng’s progress across China. Hebei, as you know, borders Beijing, so in all likelihood Chen will be back at... Read more » 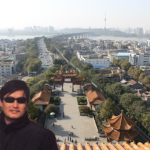 Wuhan’s Yellow Crane Tower offers quite the vista of the city. I’ll let you enjoy it in peace. 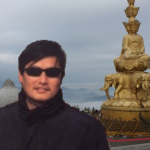 Look at him there, atop Mt. Emei near Chengdu. He had to climb a lot of stars to get to the top, but he’s made it, and look at him… there he is. 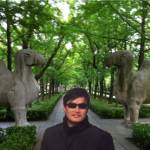 Chen Guangcheng’s flight was delayed, so he didn’t have much time in Nanjing. He did, however, manage to take a picture on the seven-kilometer “Spirit Way” in the Ming Dynasty Tombs. Look at him there, so strapping, with the Bactrian camels behind him ready to kowtow to his gait. By the way, there are also... Read more » 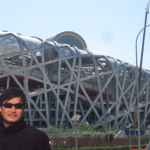 Reuters (and everyone else) is reporting that “blind Chinese activist Chen Guangcheng is under U.S. protection in Beijing”: Texas-based ChinaAid said it “learned from a source close to the Chen Guangcheng situation that Chen is under U.S. protection and high level talks are currently under way between U.S. and Chinese officials regarding Chen’s status.” All of this is unconfirmed, but healthy... Read more » 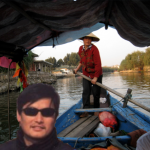 On his way from Dali to Kunming, the blind activist lawyer Chen Guangcheng made the bus driver pull over so he could personally pull a truck out of a roadside ditch. As the truck held several rows of cages containing dogs headed to the slaughterhouse, Chen convinced the driver of the virtues of “man’s best... Read more » 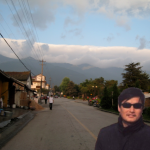 Activist lawyer Chen Guangcheng escaped from house arrest in Linyi, Shandong province on Sunday. Some say he’s at the US Embassy, while others deny it. Very few people know for sure, though two hours ago, he was at Lijiang’s Black Dragon Pool. But judging by the picture above, it appears he’s now under the clouds in a village... Read more » 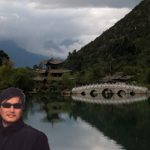 Activist lawyer Chen Guangcheng escaped from house arrest in Linyi, Shandong province on Sunday. Some say he’s at the US Embassy, while others deny it. Very few people know for sure. But judging by the picture above, it appears he’s at Lijiang’s Black Dragon Pool at the foot of Elephant Hill in Old Town. Although the... Read more »