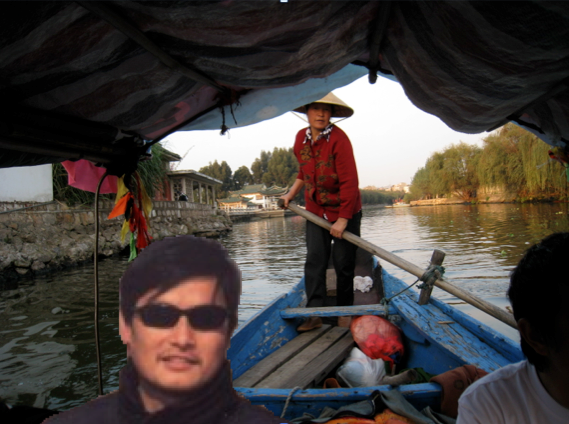 On his way from Dali to Kunming, the blind activist lawyer Chen Guangcheng made the bus driver pull over so he could personally pull a truck out of a roadside ditch. As the truck held several rows of cages containing dogs headed to the slaughterhouse, Chen convinced the driver of the virtues of “man’s best friend,” and upon the end of his oratory the surrounding crowd was so moved as to adopt every last mutt.

Some people say Chen Guangcheng is under US protection in Beijing. I don’t know why they would say that.

Here he is talking about the beauty of Kunming’s scenic karst formations (via LA Times, with full translated transcript on Steven Jiang’s Enter the News Dragon [you might remember him as the CNN reporter who accompanied Batman in an attempt to visit Chen last December]):