This piece is republished with permission from the Anthill ~ On Tuesday the 18th, 8pm at the Bookworm [Ed's note: the event, originally planned for iQiYi, sold out that venue, so it's been moved to the Bookworm; more tickets are now available!], I'm on the panel for Blogging China, part of the Bookworm literary festival. It should be a free ranging discussion of English language blogs about China, hosted by Anthony Tao from Beijing Cream, with Mia Li from Sinosphere, Tao Stein, and Jeremy Goldkorn. 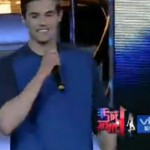 This week, the latest invaluable pensée from Global Times is “If you are the foreign one.” It’s about foreigners on the TV dating show Fei Cheng Wu Rao. “They are too frank and say things inappropriate for match-making talk, which makes them seem alien,” is one choice quote from a Chinese DJ in Beijing. Perhaps this is the reason why “the worship of foreigners has ebbed,” according the manager of a lubricant oil company in Qingdao (your go-to source for stories about frustrated love).

This piece is republished with permission from the Anthill. ~ I don't generally post news on the Anthill, as it's designed for narrative writing and there are too many China news aggregators anyway. But this is breaking news I discovered myself and have to share: the municipal authorities for the Gulou area of central Beijing have, as of midnight last night, made riding fixed gear bicycles in the area against the law.

As with dog years, so is it with China years – one here is equivalent to several most places else. They just fit more in. When it comes to pace of change, no-one else holds a candle really. I’ve been out of China for two years. For a dog, that’s ten human years, and you could argue the rate for China is about the same. It’s like leaving London shortly after the millenium and coming back for the Olympics. Recognisable, but look closer and you notice all the new things.

Ed’s note: We’re excited to republish this first post from the Anthill, recently launched by Alec Ash, whose previous project was the excellent blog Six. Describing itself as a “writer’s colony,” the Anthill seeks narrative writing from and about China. Interested contributors are encouraged to email Alec (you can also follow @colonytweets or like on Facebook). In this first piece, “A Thangka... Read more »