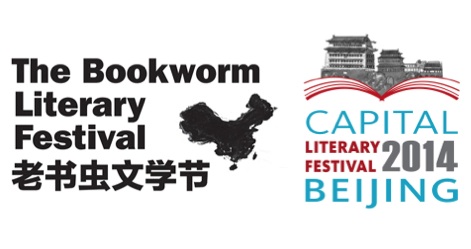 “Festival Fever,” declares the cover of relentlessly upbeat Time Out Beijing. Coming at the end of what might just be China’s worst week in recent history – starting with a massacre in Kunming and ending with 230 people, including 140 Chinese, seemingly disappearing into the Twilight Zone – it’s hard to share their enthusiasm.

Symptoms of festival fever must include disinterest, lassitude, and a creeping sense of impending doom. The festivals themselves are even more lackluster than usual. The Bookworm’s International Festival barely includes any big overseas names; plenty of interesting people talking, but most are expat types you could run into down at the pub. M is also running a drastically reduced schedule in Beijing and Shanghai.

Nevertheless, there are a few good talks, including some that you may not have picked up on. Here are our picks:

One should avoid absolutist rhetoric on China, but this question is really aimed to sell tickets. Fenby’s worth a listen, but if you miss this one, you can catch it on Sinica later.

A chance for a different, but no less important, perspective regarding China.

Two translators pitted against each other. Watch out for the hecklers. (Disclaimer: this might also end up being the height of China Hand wankiness. But Alec liked the sound of it.)

As far as we can see, this is the only panel that’s likely to see some major disagreements, and the topic should really be of interest to everyone. It’s the economy, stupid.

Four well-known local bloggers and Tao Stein rap about “protests [and] expat rivalries.” If Chris Devonshire-Ellis shows up, that RMB65 ticket will pay for itself. Disclosure: Alec and Tao are on this panel about the Chinese “blogosphere.” Jeremy Goldkorn and Mia Li are the others.

Derek Sandhaus is always amusing, and especially so when he’s drunk. Bring a bottle of erguotou and try not to throw up.

The Guardian journo has an hour or so to riff on China (hopefully) with Kaiser Kuo. Disclosure: he’s Alec’s dad. But that’s not all that’s interesting about him, promise.

Finally: if you have RMB250 to spare and are a struggling freelance hack (an admittedly rare demographic), former Time Out editor Adrian Sandiford is dispensing pearls on How to Pitch at a workshop at the Opposite House on March 16 at 2 pm.