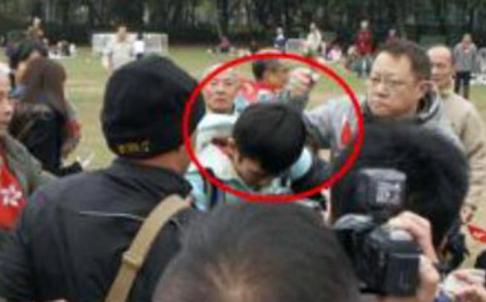 The first rally — the pro-gov variety — does not augur more civil public assemblies. As SCMP reports:

Two journalists were surrounded and attacked at the starting point of yesterday’s pro-government march in Victoria Park, Now TV’s news channel reported. It was just one incident in which the crowd targeted the media.

Following the attack, police said a 61-year-old was arrested for assaulting a 31-year-old man.

She said: “Some media are not neutral enough, so Hongkongers can tolerate no more.”

SCMP’s Benjamin Garvey, who more or less live-tweeted the proceedings, tweeted this photo and message: “Cameraman was hit from behind, other cameramen lept to his defence, grabbed attacker, held him until police came.” 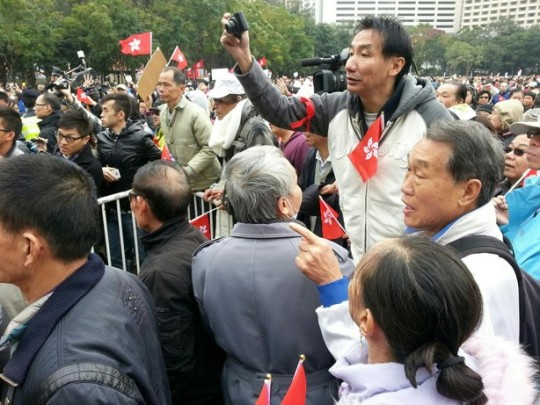 If these are people ostensibly happy with the Cy Leung administration, what can we expect at the rally where people are unhappy?