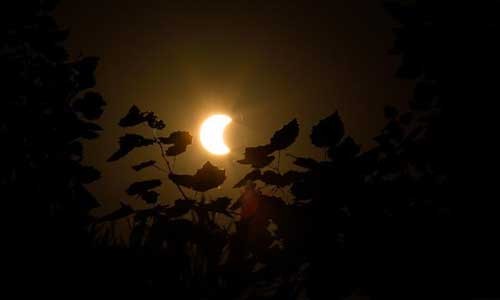 Thanks to all who took part in our decency test earlier today. Voting will stay open until basically forever, so feel free to vote more after these links.

Infuriating, if this is the case. “When a drug enforcement officer arrested men involved in trafficking he had no idea it would spell the end of his career because they enjoyed official protection.” [Caixin]

Featuring a very graphic picture of two deaths. “Li Baolin and his wife Yu Shuyun had been pig farmers in Saertu District on the outskirts of the city of Daqing, Heilongjiang province. At 3 p.m. on May 15, several men came to their home and commanded a backhoe to demolish the walls in their backyard. They claimed that they were hired by Saertu District’s city management bureau, commonly known as chengguan, to ‘tear down whatever is there by all means.’ Yu Shuyun knelt down to the group of people and begged. Soon after she heard the engine of the backhoe was started, Li Baolin, standing next to Yu Shuyun, was knock down by the dipper and crushed at the waist.” [Ministry of Tofu]

More on the Beijinger’s Bar and Club Awards. “There’s nothing like A FREE PISS-UP as a last hurrah for a condemned man, so it was fortuitous timing indeed that The BeijingerBar & Club Awards junket should fall this year on the weekend before I leave China. // Though I have railed often against the organization of this event, and raised doubts about the legitimacy of its polling (half the votes seem never to get counted because of glitches with the survey widget or failure of the second round of e-mail ‘voting confirmation’), but on this occasion… the results seemed fairly credible… rational…. well-deserved (even if arrived at by dubious methods).” [Round-the-World Barstool Blues]

“Kinsley gaffe.” “The fact is, [Yang Rui's] not as great as he thinks he is, because dignified television hosts have enough self awareness not to let loose with xenophobic rants on social media. // Make no mistake, if Yang worked for another TV station in another market, he would almost certainly be fired.  It’s not just the rant – which was bad enough – but the fact it was targeted at foreigners who, I presume, are precisely his target audience and his pool of potential guests.” [Zhongnanhai]

For the record, Tom Fearon wrote on Weibo that he, like everyone, finds Dialogue unwatchable. “But the uproar generated since has been nonsense. Interestingly, it seems to have been overlooked that Yang doesn’t denounce all foreigners as ‘trash’ or ‘spies.’ The other fallout of this saga is that it shows just how thin-skinned foreigners can be in China. // Let’s face it, foreigners don’t hesitate to complain about Chinese people or customs in public. They might not do it online in Chinese to an audience of millions, but unleashing expletives directed at locals in English is equally inexcusable.” [Tom Fearon, Global Times]

Only You — China’s version of The Apprentice – causes contestant to faint. “A generation gap separates many netizens from the host and twelve judges, who appear to expect a good deal of deference from their applicants. Many children of the 80′s refuse to follow that protocol. Young Chinese tend to be more individualistic, but more importantly, with a labor force that is starting to shrink and rising wages, many feel they don’t need to beg for jobs any more.” [Tea Leaf Nation]

A Good Samaritan is honored. “Catalan Josep Solà-Niubó has been honored in Changshu… after saving the life of a 2-year-old boy. He and another man, a young Chinese named Tang Shanlu, heard the mother’s boy scream and saw the baby floating face down in a pond. Tang Shanlu rescued the baby from the pond and Josep Solà-Niubó, who knows how to perform first aid, immediately began giving the boy cardiopulmonary resuscitation.” [Sinalunya]

Lesson here: working “illegally” is difficult. “On May 17th, the United States Department of State sent out a policy directive to American universities sponsoring Confucius Institutes. It states that Chinese academics teaching grade-school levels at institutions without the proper accreditation are violating the terms of their visas and must leave the country at the end of the current term.” [Michael Ardaiolo, Shanghaiist]