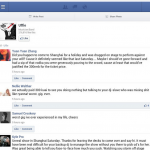 Paris-based electronic musician Uffie (Anna-Catherine Hartle) played in Shanghai’s Mao Livehouse last Saturday, and by all accounts put on one of the most embarrassing shows ever. For 300 yuan, people got to watch her get drunk and stand around, possibly wave her arms, while other DJs played pop and dance music, e.g., Rihanna. It was... Read more » 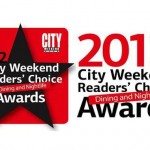 While the Beijinger‘s bloated and brassy PR machine pumps its little steam-piston legs to spread the gospel of the Beijing Expat’s Preference of Place to Get Shitfaced, here’s Grandpa City Weekend shuffling onto the front porch with a tin walker missing a wheel, his hoarse voice rasping into the desolate cockcrow, unaware that it’s 5... Read more » 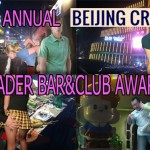 We’ve complained about the snobbishness of Time Out’s food awards, and noted that City Weekend’s attempts to promote its awards can probably do without an Ashley Tisdale soundtrack. Where does that leave us? Ah, yes, the Beijinger. Top dog for nine years, king of Beijing’s nightlife scene, like Hong Xiuquan reigning over Taiping Heavenly Kingdom. Voting is open until... Read more »
Youku video for those in China after the jump I’ll leave the bulk of the editorializing to you, the readers, but I do want to say this: the person who thought footage of expats and service industry professionals schmoozing on the rooftop of Migas could be enhanced by adding an Ashley Tisdale soundtrack was possibly mistaken.... Read more »