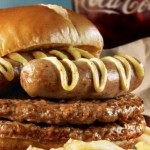 It was delicious. The bread, a special shade of mahogany, was lightly crisped with a glaze of cinnamon, as I imagined it. The sausage links were dipped in maple syrup before sizzling on the grill; one could, if he tried, detect the singed fragrance of applewood. The hamburger patties oozed a special type of grease,... Read more » 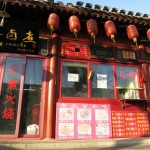 It’s been a season of scandal for Yum Brands Inc., parent of KFC, which has been forced to apologize in response to a government investigation that found it was using pumped up and drugged out chicken from a local supplier. This has led to ticked off customers, decreasing sales and now a fallen stock price.... Read more »

This is a frightening lede. It is frightening indeed. More so if you knew this frightening read is about the food you eat. It’s from Caixin Online. It’s oil with an extra something, but there’s nothing virgin-like about it.   Um. Pumped from sewers outside of restaurants, or pressed from trash, the oil is born... Read more » 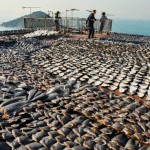 Traditional ideas of what animals should be eaten are under pressure in southern China, a region where it’s often said anything that walks, flies or swims is fit for the dinner table. In Hong Kong, the controversy centers on shark fin soup, which has long been one of the city’s most popular dishes, especially among... Read more »

Food and beverage is a competitive, cutthroat industry. A recent article in Annals of Internal Medicine, brought to us by NPR, explains exactly how cutthroat. In Beijing in 2010, 80 diners went to the hospital after ingesting poisoned eggplant. We’re now learning that shady agents from a rival restaurant were to blame, as they spiked the ingredients... Read more » 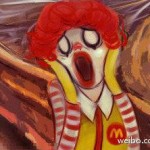 We’ve survived the black and white burger. We’ve done beef and mash. We’ll happily tolerate every chicken and/or beef concoction McDonald’s throws at us. But this? “McNoodles” will go on sale at its Austrian restaurants from Thursday in a test set to last two to three months, a spokeswoman said. The meals feature noodles with... Read more » 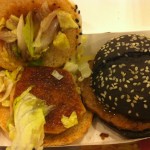 By RFH Idea for an honest advert: Scene: A log cabin in remote woods. Five teens of mixed ethnicity/affability convene in a spooky basement to investigate a noise. Suddenly, the cast-iron stove in the back noisily cranks into action, pipes groaning. The teens gather round as, inside the stove, coals glow red-hot and wisps of smoke emerge.... Read more » 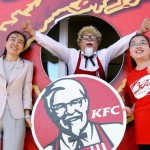 Going to KFC is like reaching into a grab bag of awful and grief. The Colonel peddles a strain of juiced-up flesh that has contributed far too long to our society’s headlong dive into self-wallowing and idiocy. How many children have grown up illiterate due to this mountain man’s white provender? How many more need... Read more » 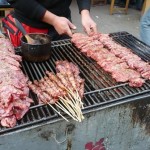 By RFH Recently a doctor on Weibo recalled the story of a patient – a kabob (chuanr, in Beijing patois) seller – who came in with stab wounds in the 1980s after getting into a ruckus with a customer. Upon surgery, his problems were found to be far worse than previously assumed. His stomach was riddled... Read more »