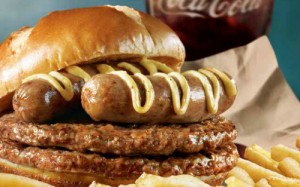 It was delicious. The bread, a special shade of mahogany, was lightly crisped with a glaze of cinnamon, as I imagined it. The sausage links were dipped in maple syrup before sizzling on the grill; one could, if he tried, detect the singed fragrance of applewood. The hamburger patties oozed a special type of grease, the lard of angels, which matted the soft bottom bun in a cornucopia of deliciousness. The mustard I told them to put on the side, but I’m sure it was also delicious. Take a look at the photo above, via the Beijinger.

The Sausage Double Beef Burger in real life is about 10 times more delicious than it looks: 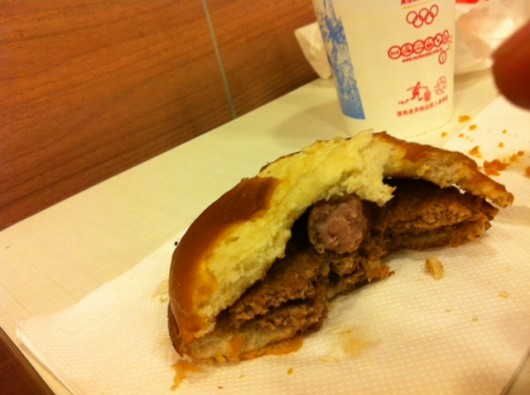 I would’ve bought two, except I also got a double-bacon double-burger. It was merely okay, compared to the succulence of the Sausage Double Beef Burger.

Here’s the commercial. Watch it and weep for not currently eating the Sausage Double Beef Burger: