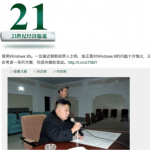 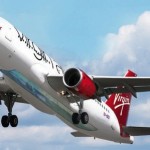 Of course Chinese media was going to fall for an April Fools joke. But we expected Beijing News to bite it, or People's Daily, or 21st Century Herald (similarity: they've all been duped before, e.g., here and here). But CCTV, a television channel that, presumably, has researchers, copyeditors, producers and news anchors? That is to say, a terraced newsroom of professionally trained reporters and de factor fact-checkers? 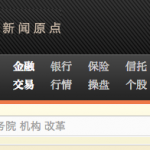 Congratulations go out to The Daily Currant, whose "Paul Krugman Declares Personal Bankruptcy" piece on March 6 has found its way across the world to net one hell of a big, clueless fish. 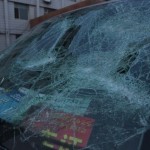 The Foreign Correspondents Club of China recently got wind of an assault on a German TV crew yesterday in Hebei province and published this statement: The crew, belonging to ARD television, narrowly avoided serious injury when two men attacked their vehicle with baseball bats, shattering the windscreen, after a high speed chase down a major... Read more » 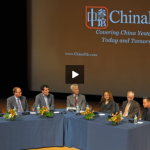 A maraschino cherry has just been dropped into the Long Island iced tea of the China blogosphere, as Asia Society officially launched its new blog, ChinaFile, on Tuesday. The occasion was highlighted by a panel discussion in New York moderated by legendary China hand Orville Schell, featuring New York Times correspondents of past and present: Seymour Topping (who covered... Read more » 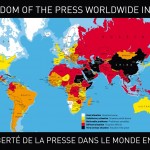 Do journalists in China really face a tougher environment than Vietnam, Cuba, Sudan, Yemen, Laos? According to the French non-profit Reporters Without Borders (RSF), yes. China (173rd, +1) shows no sign of improving. Its prisons still hold many journalists and netizens, while increasingly unpopular Internet censorship continues to be a major obstacle to access to information. In its... Read more » 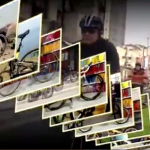 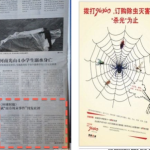 The Central Propaganda Department can force papers to run their government-line editorials, but even with the power vested in them by the Party, it can't determine where those op-eds appear. Like, say, next to a humongous ad for pesticide control. 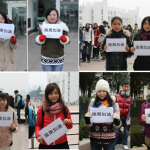