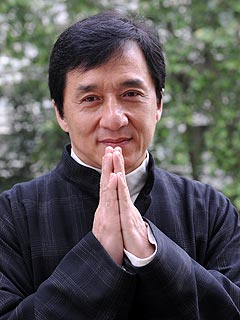 In a December interview on a Phoenix TV talk show, Jackie Chan made comments that Western media have recently described as “anti-American” — …really?

First, the words, as translated by Ministry of Tofu:

Jackie Chan: The New China…The real success has been made in the past dozen of years. Our country’s president also admits they have the corruption problem, and some other stuff, but we are making progress. What I can see is our country is continuously making progress and learning. If you talk about corruption, the entire world, the America, has no corruption?

Jackie: The most corrupt in the world.

Jackie: Of course. Where does this Great Breakdown (depression) come from? It started exactly from the world, the United States. When I was interviewed in the U.S., people asked me, I said the same thing. I said now that China has become strong, everyone is making an issue of China. If our own countrymen don’t support our country, who will support our country? We know our country has many problems. We (can) talk about it when the door is closed. To outsiders, (we should say,) “our country is the best.”

Host: So he can’t get enough of his more than 20 ambassador titles. I think the Ministry of Foreign Affairs should ask him to be the ambassador to the United States.

I think Jackie Chan’s comments regarding America are immature, but they’re not without reason.

What a lot of reporting has ignored is that Chan was speaking in Chinese on a Chinese television channel, and the message he was delivering to a Chinese audience was this: “Yes, China has flaws, but if you talk about our country’s shortcomings with foreigners, they’ll misinterpret the message.”

He’s not entirely wrong there. Noteworthy point, Chan made his infamous comment more than a month ago, and only now they’re being heard? And he was not saying everything is rosy in China. Quite the contrary, in fact: Seriously, I am always like, when the door is closed, “Our country is like this and this. Who and who is not good.”

What he’s saying, if anyone bothered to read the entire transcription, is a common sentiment shared by many mainlanders. It wasn’t long ago, relatively speaking, that China was stuck in a “century of shame,” a period of history that reads like the Book of Lamentations. It was a century plagued with war, disease, famine, and foreign interests trumping those of the Chinese people. Compared to a nation like Canada, China leaves much to be desired. But today’s China, compared to China of 100 years ago, is autonomous, stable, and strong. To the Chinese, being able to limp out of the last century not only as a nation, but as an economic force, is empowering — intoxicating, almost, if you look at the wave of patriotic films in the last decade. Thus the rise of modern Chinese nationalism, which absolutely and crucially emphasizes the idea of autonomy.

To the Chinese, a problem within China is a strictly Chinese affair, to be handled internally even if it takes a century of suffering. If we look at the States, it’s easy to see a country handling its problems by bringing “peace and freedom” to millions of Iraqis and Afghans (with gifts of drones and torture), and keeping military bases within striking distance to Beijing (and basically everywhere, actually). Americans, unlike the Chinese, import suffering. To some people, you know, this sounds rather imperialistic.

Is it surprising people have spun Chan’s comments as anti-American? No. Is he actually anti-American? No. That’s being overdramatic. You might as well say anyone who criticizes the US is anti-American. But the reason Chan is branded as such is because he’s an outsider, and he’s getting all up in America’s grill and probably doesn’t know shit, right? Well, that’s pretty much the Chinese response to outside criticism, too. What we have is the global equivalent of a playground spat.

I’m not agreeing with Chan’s erroneous statement, nor denying China has serious problems. But here’s the thing: faced with never-ending upbraiding from outsiders who point out flaws that Chinese people are more than capable of noticing on their own, what do you think should be the Chinese response? Point out that corruption and strife are inherent struggles in a nation with a complicated political, economical and ideological history, then hope for sympathy? (As if that would make English-media headlines?) OR shoot off about one of the least-loved Western governments in the world? The latter, as Chan demonstrated, is easier to do — with the unfortunate result being a perpetuation of our vicious cycle of misunderstanding.

Seahorse Liu, born in Toronto, studied design at the Nanjing University of Art, where she confused locals with her accent. She is currently studying at OCAD University, and also produces infographics for the Canadian International Council’s Open Canada website.