Hunky Spartans took over Beijing this week… well, for an hour or so, until the Persians cops arrived. It was good while it lasted. Also: China’s fu’erdai get an education on selfies.

Beijing Blend is an e-magazine/news digest that blends China culture and conversation. Follow them on Twitter, and come back next Tuesday for a new episode in this ongoing video series. 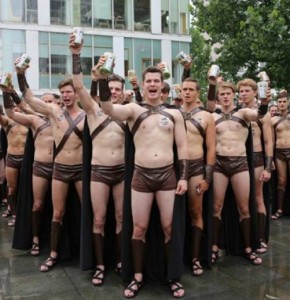 Filmed at Beijing’s Bookworm, hosted this week by Kylie Purcell and Stanley Tsang

2 Responses to “Beijing Blend: What Was Up With Those Beijing Spartans?”