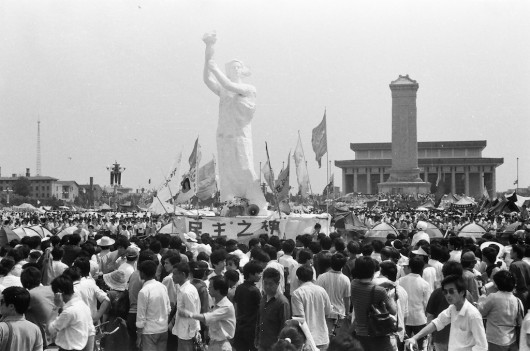 There are those moments when you feel the weight of history pressing on you — that awestruck realization that a great moment happened here, and now you’re bearing witness. Maybe you’ve ducked into a tower while on the Great Wall. Or you’re standing just inside the Lincoln Memorial. The thing is, I never expected to have that feeling while standing in my basement, squinting up at an unidentified roll of film. But that’s what happened to me last Sunday, as I was searching through an old shoebox from my parents labeled “photos.”

I found a black film canister at the bottom of the box, the kind that stores unused film rolls. But what I pulled out of that canister, protected by a small twist of tissue paper, was instead a tightly wrapped roll of already processed negatives. Holding them up to the light, I saw… what looked like black-and-white negatives of Tiananmen Square. With some kind of giant white figure holding what could be a torch. And that’s when I felt it. The history.

I had no idea why or how my parents had these pictures. They had never said anything about them. But I had to find out what they were, so I went to get them printed. I came back with two sets of photos, one from a march to Tiananmen Square, and one from the short period of time when the Goddess of Democracy rose over the crowds. I believe the photos were from my uncle, who was an art student in Beijing in 1989. I didn’t know that he had taken pictures, or that he had somehow gotten those pictures to my parents, who were already in America.

There’s so much to see in these photos. Every time I look at them, I spot something new. People laughing in the background. Balloons in the air. A surprising number of little kids around the square. Many of the articles I’ve read on the 25th anniversary of June 4th talk about memory, whether Chinese people choose to remember or forget. In one of my uncle’s photos, a sign on the Monument to the People’s Heroes says, “The People Will Not Forget 1989.” So let’s look, and remember.

For more of these photos, visit The China Girls. 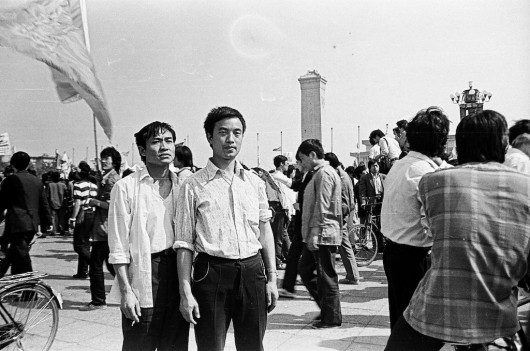 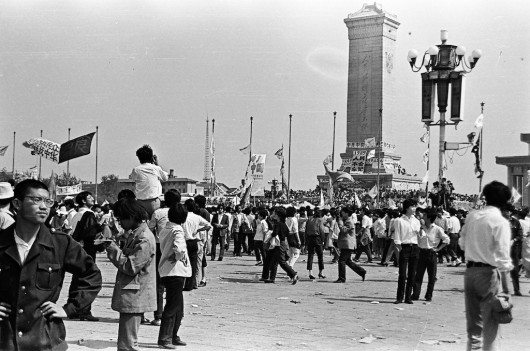 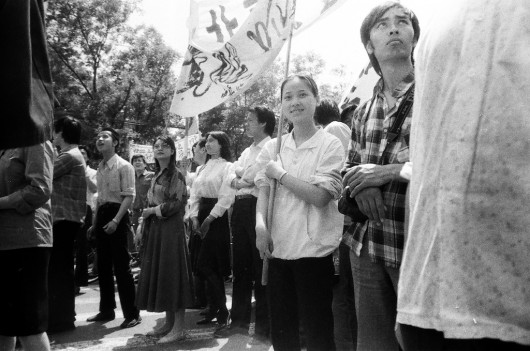 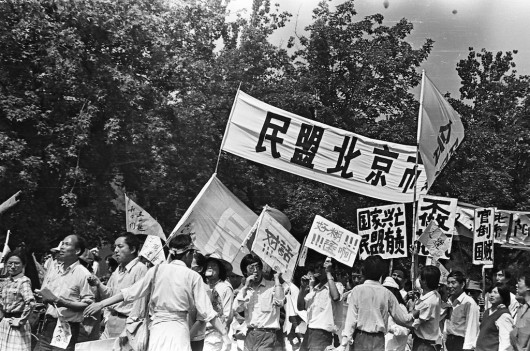 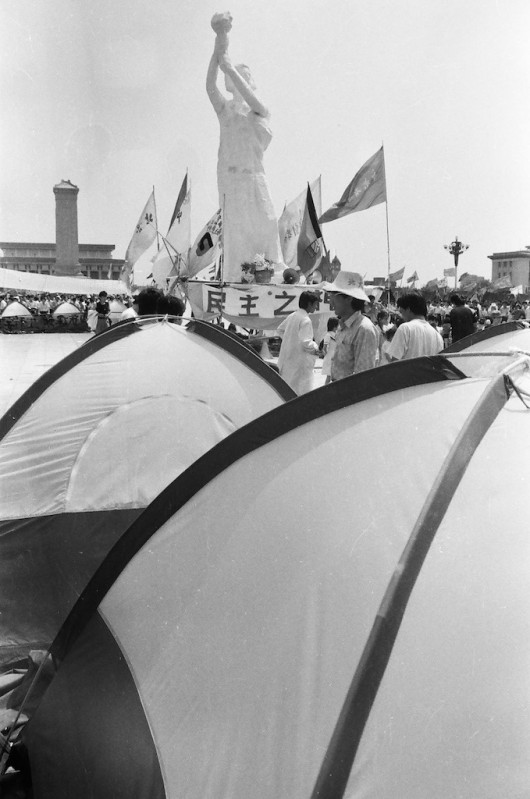