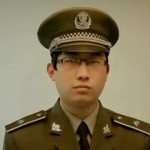 Chengguan, those salt of the earth, are pushing back against negative public perceptions of their profession. One particular urban law enforcement officer in Changzhou, Jiangsu province, Jiang Yifan, created the above video recently to "clear up some misunderstandings," as Danwei's Barry van Wyk writes. A couple of things though: 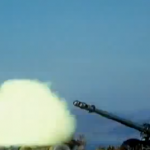 On Friday, the above, titled "A Short, Three-Day War," was posted to Uriminzokkiri, depicting North Korean paratroopers and the shells of long-range weapons descending upon South Korea. Via Sina English: "The crack stormtroopers will occupy Seoul and other cities and take 150,000 US citizens as hostages," the narrator said.

The General Administration of Press and Publication, or GAPP, and State Administration of Radio, Film and Television, or SARFT, are China’s two principal ministries of propaganda, tasked with tweaking, managing, and bowlderizing creative, edgy, realistic, and otherwise inspiring work into a mushy, digestible pap for mainstream consumption. It’s an unpleasant job, but someone has to... Read more » 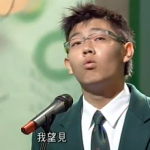 The idea of "national education" as school curriculum was nixed after widespread protests last year, but the National Education Parents' Concern Group recently discovered that some commonly used primary school textbooks are very biased and use overly affective expressions to teach students “how to build a better sense of belonging to the motherland.” 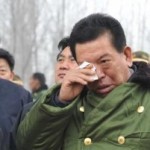 State Administration of Work Safety Vice Director Wang Dexue, possibly seeking a promotion, appeared to cry while inspecting a bridge collapse in Henan earlier this week, and let’s just say no one bought it. Netizens took to calling him “New Watch Brother,” a term that has since been censored on Sina Weibo. All this leads... Read more » 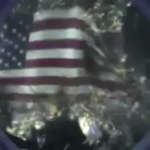 The North Korea propaganda website Uriminzokkiri recently published a video depicting a dream sequence in which New York City burns, burns, burns. Check out the 45-second mark in the above video, which comes with subtitles (toggle on/off from the bottom-right corner). It's only a question of time... All around the world, there will be massive explosions. It will be The Revenge.

Two amazing facts come out of John Kennedy’s post this morning on SCMP, and I’m not sure which should be presented first. We’ll just excerpt from the top: According to the Beijing News, a meeting of propaganda department heads was held yesterday to unveil the city’s latest plans to control online content, plans which place microblogs firmly at... Read more » 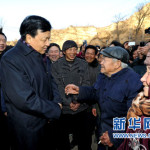 Liu Yunshan, who was introduced to this blog not long ago in relation to Xi Jinping’s displeasure with his handling of the Southern Weekly incident, recently completed a tour of Shaanxi province, and as the chief of China’s Central Propaganda Department, he made sure to bring along some of his propagandizing friends. Here’s the lead of... Read more »