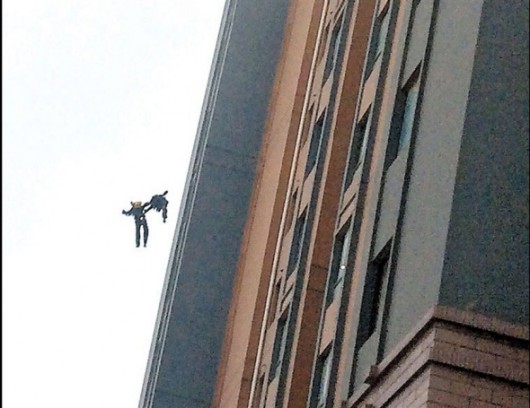 A photographer captured the incredible moment that two firefighters — embracing one another — fell to their deaths after being blasted from the 13th floor of a Shanghai apartment building last Thursday.

Shanghai Daily reports that the firefighters were Qian Lingyun, 23, and Liu Jie, 20. They landed on top of a second-floor platform of the building on Longwu Road in Xuhui District, and died from their injuries at the hospital.

Group leasing and electric wiring is being blamed for the cause of the fire and explosion.

Some neighbors in the building said there were several different groups of tenants squeezed into the apartment.

Pictures aired on a local TV station showed at least three double bunk beds inside the three-roomed apartment. What was left of a moped could be seen among the debris while another two were parked in the corridor outside.

Firefighters said there were a number of electrical items plugged into the apartment’s sockets and a lot of electric wiring in all three rooms.

Thousands of people gathered at the Longhua Funeral Home yesterday morning to pay their respects to the two firefighters who plunged to their deaths from a 13th story window last Thursday.

…The officers were honored as Revolutionary Martyrs and members of the Communist Party of China, and awarded Top-Level Merit Citations and Shanghai May 4 Youth Medals, officials said. 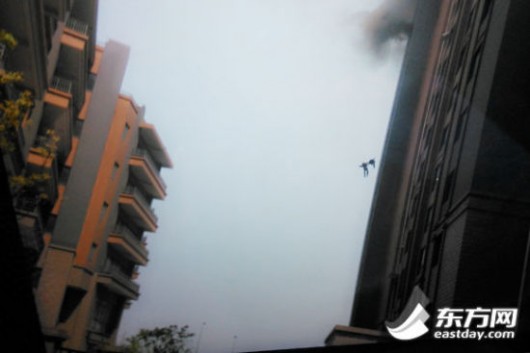 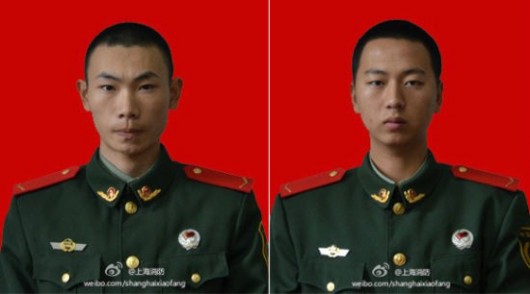