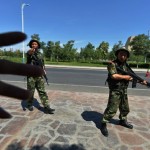 The latest attack in Xinjiang saw 100 knife-wielding motorbikers assault a police station in Karakax county, Hotan, according to state media. "We will step up actions to crack down upon terrorist groups and extremist organizations and track the wanted," said Yu Zhengsheng, chairman of the CPPCC National Committee, as reported by Xinhua, which states simply: "Xinjiang was hit by violent terrorist attacks in the past few days." 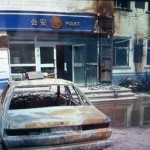 Unrest in Xinjiang has turned deadly once again, as riots that began around 6 am yesterday in Lukqun township, Shanshan County, Turpan Prefecture -- about 250 kilometers from Urumuqi -- have left 27 dead, including 10 rioters. Reports Xinhua: Knife-wielding mobs attacked the township's police stations, the local government building and a construction site, stabbing at people and setting fire to police cars, officials with Xinjiang's regional committee of the Communist Party of China confirmed. 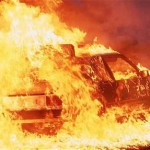 Breakups are hard. Setting fires to cars, then calling the police and saying some other guy did it, is one way to deal. A young man living in an Urumqi apartment complex allegedly set fire to five cars over nine days after getting dumped by his girlfriend early one morning, iyaxin.com reported yesterday. 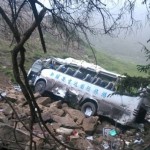 A bus drove off the road and plunged into a valley near Miaoergou village in Changji Hui autonomous prefecture, Xinjiang on Tuesday evening, killing at least 15. According to AP, citing state media, the bus was carrying 36 passengers. This was the latest fatal bus crash since the last one. 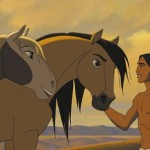 This would be a rather chuckle-worthy lede from Reuters if it didn't cause us to sigh so loudly: Ethnic minority people in China's Xinjiang are far more fond of dancing, singing and being good hosts than making trouble, a top official said on Tuesday, dismissing the idea that the far western region is a hotbed of unrest. The official who said it was the autonomous region's deputy governor, Shi Dagang, who was addressing reporters from Beijing (and not, obviously, thinking his comments would become the laughingstock of the greater media world). 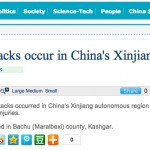 According to Chinese media, violence that broke out in Bachu county, Kashgar yesterday, leaving 15 dead; among those, 10 are Uighurs, 3 Han and 2 Mongols. Two other Uighurs were reportedly injured. Eight people have been arrested. The incident reportedly began when three community workers stumbled upon a shack of knives, and were subsequently held... Read more »