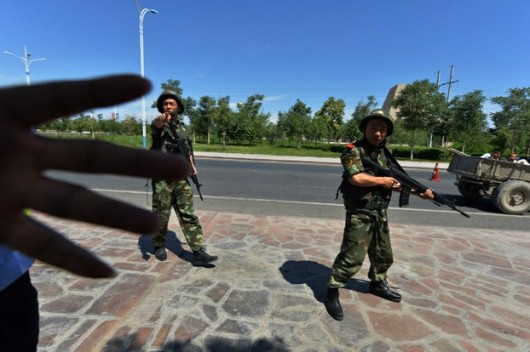 The latest attack in Xinjiang saw 100 knife-wielding motorbikers assault a police station in Karakax county, Hotan, according to state media. “We will step up actions to crack down upon terrorist groups and extremist organizations and track the wanted,” said Yu Zhengsheng, chairman of the CPPCC National Committee, as reported by Xinhua, which states simply: “Xinjiang was hit by violent terrorist attacks in the past few days.”

It’s referring to an attack on Wednesday that left at least 35 people, including 11 attackers, dead. The incident — blamed on Muslim extremists — was the bloodiest since July 5, 2009 — that anniversary is coming up, of course, and the timing can’t be worse.

Around-the-clock patrols have begun in Xinjiang, according to AP, quoting a statement from Meng Jianzhu, the Party’s top cop.

Troops must patrol in all weather conditions, “raise their visibility, maintain a deterrent threat and strengthen the public’s sense of security,” Meng said, according to a notice posted to the Public Security Ministry’s website.

There’s been no word about the number of injuries in Hotan.

One more picture, via AFP via Radio Free Asia: 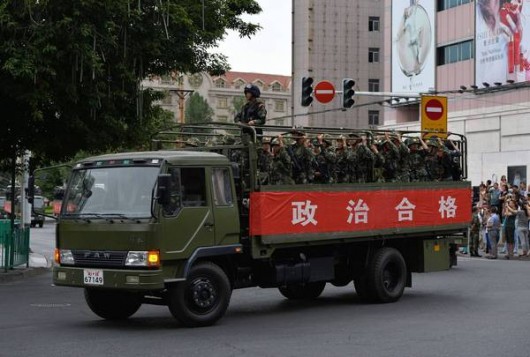