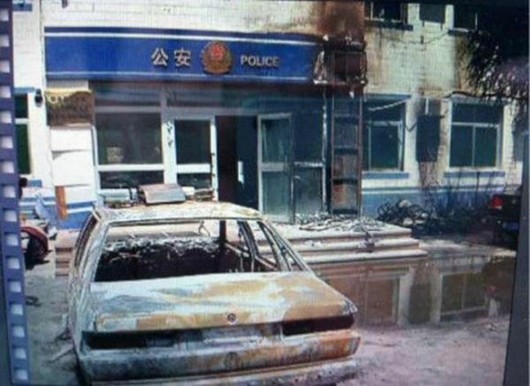 Unrest in Xinjiang has turned deadly once again, as riots that began around 6 am yesterday in Lukqun township, Shanshan County, Turpan Prefecture — about 250 kilometers from Urumuqi — have left 27 dead, including 10 rioters. Reports Xinhua:

Knife-wielding mobs attacked the township’s police stations, the local government building and a construction site, stabbing at people and setting fire to police cars, officials with Xinjiang’s regional committee of the Communist Party of China confirmed.

Among those dead are nine policemen/security guards and eight civilians. AFP notes that this was the deadliest incident in Xinjiang since 2009, slightly worse than the violent clash in April that left 21 dead.

More information as it becomes available.