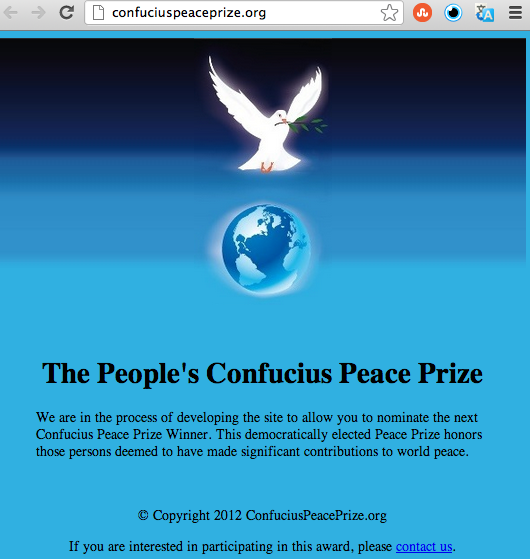 Great news, everyone. Kofi Annan and some Chinese scientist has won this year’s Confucius Peace Prize. Via Sina:

Annan and Yuan are, admittedly, far more deserving recipients of an award for peace than 2011 Confucius Peace Prize winner Vladimir Putin (aka ‘the butcher of Chechnya’). It might seem like a waste of time to award a prize like this to two individuals working in completely different fields, but then again the 2012 Nobel Peace Prize was awarded to the European Union so apparently we’re not even pretending these things matter anymore.