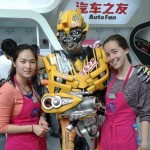 Our friend Amy Sands sends along these pictures from the 13th Beijing International Automobile Exhibition, China's largest auto show. "Like being on the set of a James Bond movie," she says. "Couldn't decide if I found it disgusting or awesome." Bumblebee's having a good time, at least. 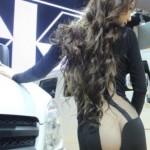 I'm not sure the photo after the jump is suitable for work. 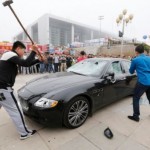 How bad must a car dealership be to drive someone to demonstrably obliterate his own car? Outside the 12th Qingdao International Auto Show yesterday, three men, apparently driven to the brink by customer service (we've all been, yeah?), took sledgehammers and systematically ruined a Maserati (we've not done this). 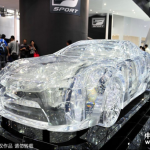 Chinese auto shows are special, able to launch a model’s career in much the same way that American Idol launches pop careers, but when scantily-clad adults are too passe and scantily-clad five-year-olds are too controversial, what does an organizer do? In Guangdong province, where the 10th Guangzhou International Automobile Exhibition opened on Friday (extended from seven to 10 days),... Read more » 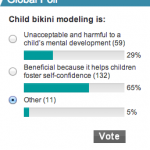 We’re not sure how long this poll is going to be up on Global Times’s English website’s main page — it’s not on the Chinese site – but go vote while you can. I actually am curious to see the final results. Only question: What is “Other”? Maybe something like, “Classless, but in a societal vacuum,... Read more » 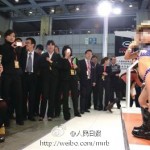 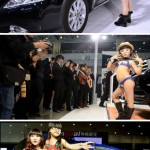 If you thought there might have been laws forbidding prepubescent girls from posing as bikini models at car shows, you were wrong. At Chutian Automobile Culture Festival in Wuhan, which kicked off November 16, girls who look about nine years old were marched onto the showroom floor alongside adult models, all wearing two-piece bikinis. The only... Read more » 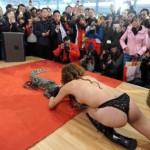 The same young lady who made news on Thursday at the Guiyang Auto Show for playing, while half-nude, with a snake is at it again. Here she is doing a gig for a different company at the same show. More pictures via Car News China, which explains: Turns out she isn’t very faithful, here she is with a crocodile! She... Read more » 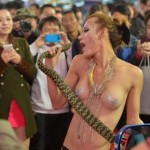 Organizers of an auto show in Guiyang, Guizhou province has decided hiring topless models isn’t enough to attract attention, since everyone is doing it. They’ve upped the ante with snakes. We have no idea what cars are being displayed, but Car News China does. Pictures taken Thursday; more after the jump. 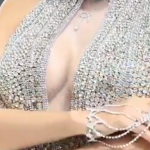