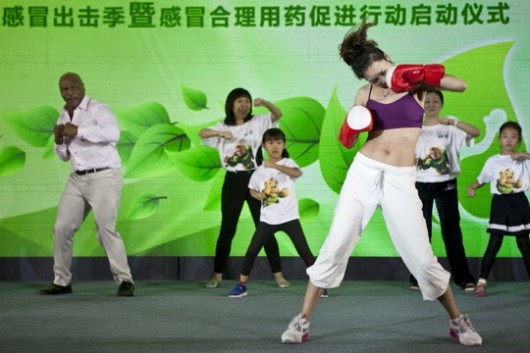 Apologies for missing Monday links. We got em here.

Beijing airport bomber update. “Photos from the official Xinhua news agency showed 34-year-old Ji Zhongxing, from eastern China’s Shandong province, being rolled into a Beijing courtroom Tuesday on a stretcher, and dressed in what looked like pajamas or a hospital gown. // The proceedings, which lasted roughly 2 ½ hours, concluded with Mr. Ji voicing regret over his act, and asking the court for a second chance, according to a description of the trial posted to the official Sina Weibo account of the Beijing courts.” (WSJ)

Anti-rumor consequence. “Gone are the days when Chinese bloggers on Sina Weibo, China’s Twitter, rushed to get ‘verified accounts.’ As Beijing’s anti-rumor campaign targeted at celebrity bloggers spins on, more and more verified accounts are seeking to ‘un-V’ themselves in hopes of getting a little bit more room to speak their minds online.” (Offbeat China)

And self-censorship. “‘I am really scared now that any whistleblowing might lead to an arrest,’ said Zhou Ze, a rights lawyer with more than 165,000 followers on the Twitter-like microblog Sina Weibo. ‘We all have to talk less, and more carefully.’” (Reuters)

Beating in Taiwan. “On Sep 13, Taiwanese netizen ‘eclipse mint’ wrote on Mobile 01 that he was attacked by Chinese tourists after asking them not to yell, litter, and spit on Ali Mountain, a popular tourist attraction of Taiwan.” (Bad Canto)

Right, it’s not hard enough. “Students should pay more attention to using English, and not just consider it as an exam subject, amid changes to the National College English Test, education professionals said. // Undergraduates may face tougher exams before obtaining certificates from the National College English Test, a prerequisite for those entering the job market or applying for higher education.” (China Daily)

Chinese tourists. “The Ugly Americans terrorized Europeans and Asians with their booming voices and tennis shoes in the years after World War II. Decades later, Japanese tour groups descended from their air-conditioned buses to flash peace signs as they shot photos of every known landmark as well as laundry on backyard clotheslines. // Now it is China’s turn to face the brunt of complaints. The grievances are familiar — they gawk, they shove, they eschew local cuisine, and last year, 83 million mainland Chinese spent $102 billion abroad — overtaking Americans and Germans — making them the world’s biggest tourism spenders, according to the United Nations World Tourism Organization.” (NY Times)

And one more on this topic. “China’s affluent younger generation is likely to be traveling the world at record levels in the years to come, but not from the seat of a tour bus, according to a new report. // Travel website Skift’s recent research on the ‘Rise of the Chinese Independent Traveler’ concludes that young members of China’s middle class are dramatically changing the travel industry, opting for independent travel in lieu of the standard group tours of their parents’ generation. The report argues that the significance of this demographic shift is already being felt in the fact that the popularity of group tours is declining and independent travel is rising, mainly as a result of younger travelers’ changing preferences.” (Jing Daily)

Stunt plane accident. “A U.S. stunt pilot was missing and his Chinese translator dead after their aircraft crashed into a lake in China’s northeast on Tuesday, state media reported. // The accident involving David Riggs took place about 1 p.m. on Tuesday outside Shenyang, the capital of Liaoning province, the official Xinhua News Agency said.” (AP)

Another No. 1… “China has begun flight operations at the world’s highest civilian airport in a bid to boost tourism and tighten political control over the country’s restive west. // At an elevation of 4,411 metres (14,472 feet) above sea level, Daocheng Yading Airport replaces the previous champion, Bangda Airport in the Tibet Autonomous Region, which sits at 4,334 metres (14,219 feet).” (AP)

Meddling. “Beijing fired a volley of rebuttals at a British minister yesterday, saying no foreign government or official should meddle in Hong Kong’s affairs. // The central leadership slammed British foreign office minister Hugo Swire for his remarks – published in the South China Morning Post at the weekend – that it was important for local voters to have genuine choice on the road to democratisation.” (SCMP)

Murder. “A middle school teacher in Fuzhou, Jiangxi province was brutally murdered by two former students, People’s Daily reports. // Two high school seniors, who have not been named, cut the teacher’s throat with a fruit knife in his class, photos posted online showed the deceased man covered in his own blood (warning: graphic).” (Shanghaiist)

Negative North Korean soccer story, from North Korea. “It is unusual for the North Korean media to report something negative about the North. // But the Korean Central News Agency reported on September 11 that the Ministry of Physical Culture and Sports’ Committee for Examining Discipline in Sports Matches at the has decided to punish a soccer team, the Sonbong Team, recent winners of the Torch Cup, for committing an unfair practice.” (NK News)

Lei Zhengfu’s appeal has been denied. “Lei Zhengfu was convicted in June of accepting more than 3 million yuan ($500,000) in bribes from a developer to pay off a businessman who was using the tape to blackmail him. Lei, the former party chief of a district in the southern city of Chongqing, had said the money was a loan. He subsequently appealed.” (AP)

Hoax. “A court in Urumqi in northwestern China’s Xinjiang Uygur autonomous region has ruled that a man who threatened to bomb a passenger aircraft in October last year should pay a 288,000 yuan (US$47,000) fine to the airline company to compensate its losses.” (Want China Times)

"@AboutThatLifeJ: @StarburyMarbury come back n run the pg for us. #KnicksTape" *B I'm good I'm running it for the capital of #China #Beijing

Why is China unhappy? (Worldcrunch)

“How I Learned to Stop Worrying and Love the 2013 China-Africa White Paper.” (Cowries and Rice)

Hyundai passed off as Lamborghini — unsuccessfully, we hope; via Shanghaiist: 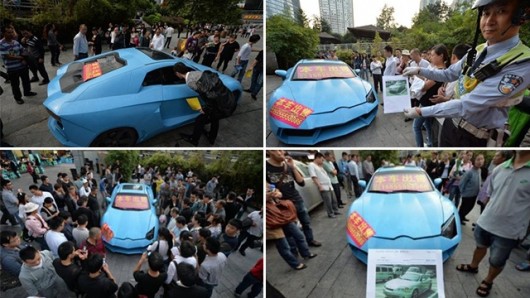