How bad must a car dealership be to drive someone to demonstrably obliterate his own car? Outside the 12th Qingdao International Auto Show yesterday, three men, apparently driven to the brink by customer service (we’ve all been, yeah?), took sledgehammers and systematically ruined a Maserati (we’ve not done this).

The vehicle was specifically a Maserati Quattroporte reportedly worth 2.6 million yuan ($423,000). “A friend of the luxury car’s owner said they did this to protest the car dealer’s bad service,” reports Sina. Apparently the dealer repaired the car using fixed parts, and that was deemed irremediably unacceptable.

The dealer has admitted to wrongdoing but did nothing for months to fix the problem.

The vengeful owner has set up a special Sina Weibo account to further publicize his discontent. The phtotos below are sampled from Sina. Car News China has more. 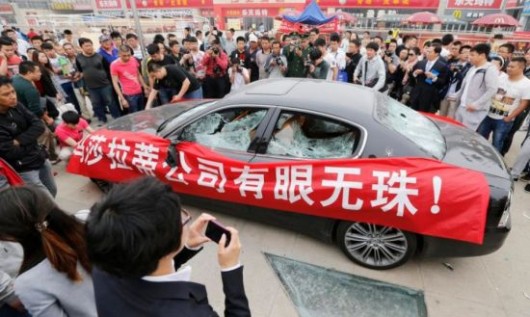 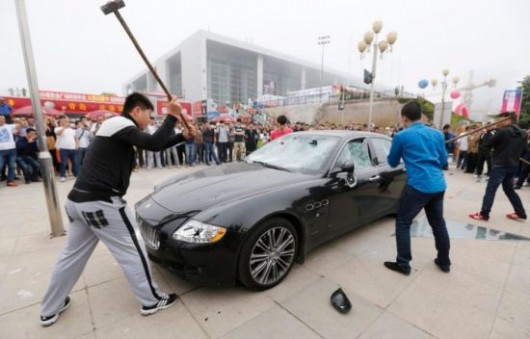 7 Responses to “Maserati Owner Smashes His Own $423,000 Vehicle To Spite Car Dealer”