If you thought there might have been laws forbidding prepubescent girls from posing as bikini models at car shows, you were wrong. At Chutian Automobile Culture Festival in Wuhan, which kicked off November 16, girls who look about nine years old were marched onto the showroom floor alongside adult models, all wearing two-piece bikinis. The only way this gets more distasteful is if you had these children pose with a snake. Check out the picture after the jump, via Offbeat China.

At the terrible risk of uncomfortable juxtaposition, here’s what auto shows in China are usually like. Ku6 video for those in China after the jump. 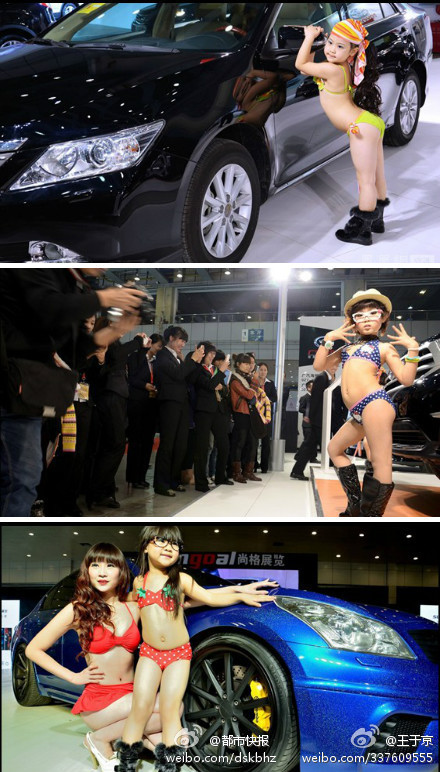 However, Zhang Ping, general manager of the event’s organizers, 7-Wind Model Costume Co, said the goal was purely to help the children “boost their courage” and no organization or individual made money from the show.