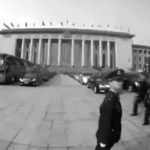 Petar Kujundzic - Pedja has just posted the only video we've seen that shows the anteroom of the main auditorium inside the Great Hall of the People. As chief photographer of Thomson Reuters, he and his team captured several other images as well, providing unique looks at an event -- the 18th National Congress -- most often described as boring. 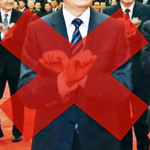 Hate it as I do, I understand why some things are censored. You can’t have a perpetually restless populace in the countryside, for instance, believing that an alien overlord will descend from heaven and deliver them from misery if only they’ll overthrow the current regime. You can’t have top leaders exposed as hypocrites. You can’t... Read more » 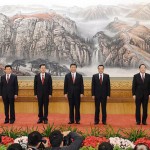 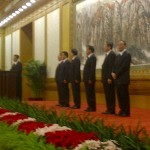 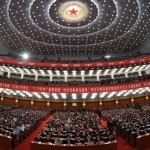 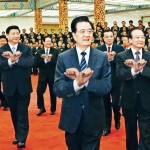 Via Alicia via Facebook This is photoshopped, in case you’re the type to need that kind of information explicated. Previously: Xi Jinping bobblehead does Gangnam Style. UPDATE, 11/20, 2:30 am: Someone tried putting this picture on Sina Weibo, and it was almost immediately deleted. 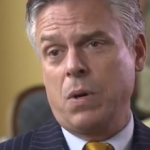 Part of the reason I thought Jon Huntsman made for a strange presidential candidate -- if not an outright bad one -- is the same reason, in retrospect, Al Gore didn't win: he was too sensible. And as a result -- like Gore -- Huntsman is much better suited for a position that doesn't require egomania, knavery, and lies. Taking nothing away from Gary Locke, but Huntsman should be the US ambassador to China forever. 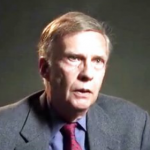 Winston Lord, who served under Ronald Reagan and George H.W. Bush as ambassador to China from 1985-89, recently spoke to Asia Society about this country's current leadership transition. The three-part interview is on Asia Society's blog. The first part is embedded above, in which Lord offers this soundbite: 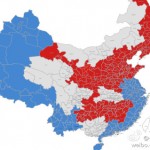 Nerds of 20th-century Chinese history will love this. Brought to us by the good folks of Tea Leaf Nation, this image on Sina Weibo imagines what would happen in an election between Mao Zedong’s Communist Party of China (red, obviously) and Chiang Kai-shek’s Kuomintang, which fled for Taiwan in 1949. Via TLN: The “election” began in... Read more » 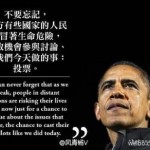