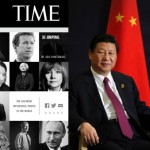 Time has released its most recent edition of the Time 100, its click-baity list of "the most influential people in the world in 2014." Among those on the list is -- no surprise -- Xi Jinping, who got a three-paragraph writeup from former US ambassador to China Jon Huntsman. The opening sentence should raise some eyebrows: 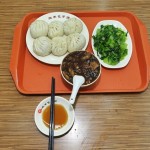 This certainly looks like Xi Jinping in a crowded Beijing restaurant. Weibo user @四海微传播 wrote at 1:20 pm today: "People, I'm not seeing this wrong, am I? Uncle Xi came to Qingfeng to eat steamed buns (baozi)!" The same user messaged again at 1:34 pm: "Uncle Xi queued to buy steamed buns, even paid his own bill, carried his tray, chose his own buns." The message was forwarded by none other than the official Xinhua Sina Weibo account at 1:38 pm. 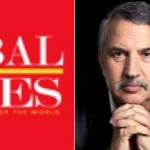 The Global Times has written the response to Thomas Friedman's "Dear President of China" that none of us needed, asked for, or wants to see.