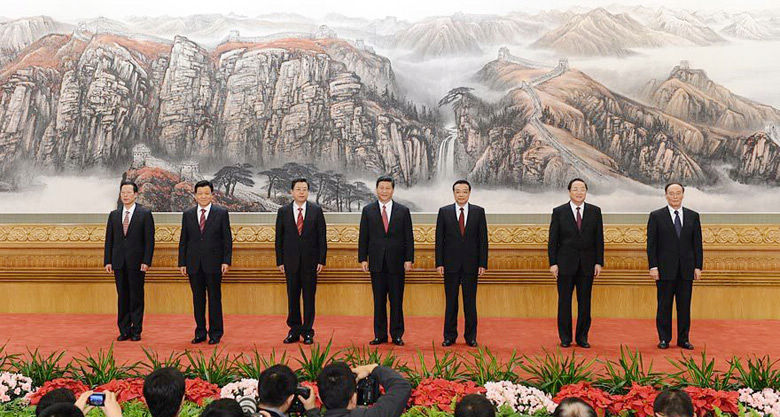 We’ve been waiting for this. Caption: “Xi Jinping, Li Keqiang, Zhang Dejiang, Yu Zhengsheng, Liu Yunshan, Wang Qishan, Zhang Gaoli, who have been elected members of the Standing Committee of the Political Bureau of the 18th Central Committee of the Communist Party of China (CPC), arrive to meet with Chinese and foreign journalists at the Great Hall of the People in Beijing, capital of China, Nov. 15, 2012. (Xinhua/Ding Lin )”

Xi Jinping is the one in the very middle. He led the others on stage: 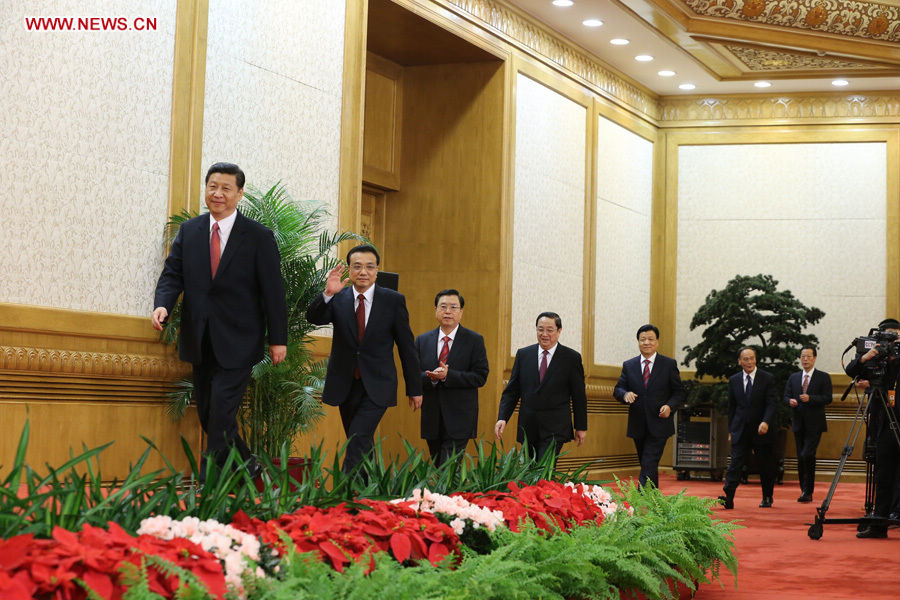 Looking good, boys. Except you there, without the red tie. WTF, man?

4 Responses to “Here They Are: China’s Magnificent Seven For The Next 10 Years”