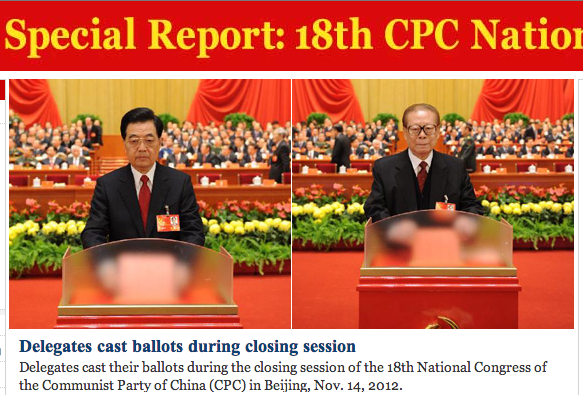 [WHICH NEWS ORGANIZATION WILL BE FIRST TO PUBLISH A PHOTO OF THE NEW SEVEN? WE'RE STILL WAITING. Reuters at 3 to 1 odds, I think. Rolling updates after jump.] (UPDATE, 12:41 pm: Mark MacKinnon wins! We’re tired of waiting for an official photo though. The image above has been appended.) (UPDATE, 12:55 pm: Xinhua wins, of course.)

Xi’s speaking on TV right this moment. His first words were to apologize for being late: “Sorry to have kept you waiting.” (Difference No. 1,134 between Chinese and American politics.) He’s speaking very deliberately. The translator is doing very well. More reactions later.

UPDATE, 12:25 pm: Mark MacKinnon of Canada’s national newspaper, The Globe and Mail, with the win! 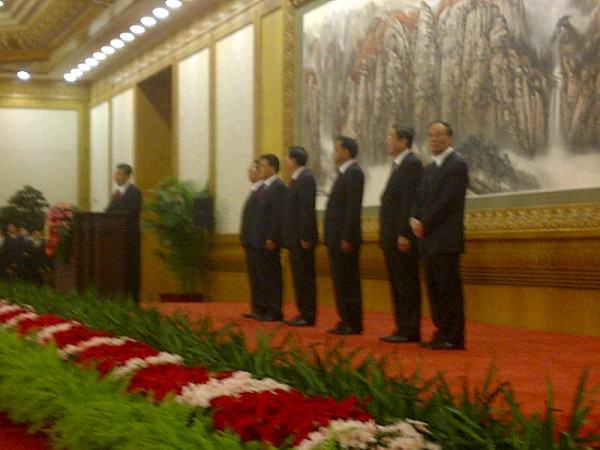