I think, after putting Lei Feng on a telephone pole cross last year, there’s not much more we can do to commemorate this year’s Learn from Lei Feng Day, even if today marks the 50th year anniversary of this “annual ritual in memory of one of [China's] great sons, Lei Feng, a People’s Liberation Army soldier known for his selfless help to others,” according to Shanghai Daily. Ritual. Great sons. Selfless help… SIGH.

As an alternative, maybe you — me, all of us, together — can watch this trailer for an upcoming Lei Feng movie instead?

The film, in English, is officially called The Sweet Smile, but the Chinese title is “Lei Feng’s Smile.” It’s a bio-pic about a man who loves polishing trucks and performing selfless duties. His greatest dream, I think, is to meet Mao Zedong. 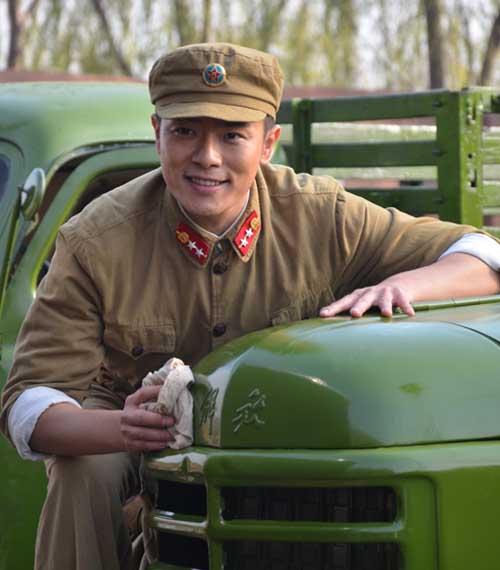 Oh, that’s right, Mao Zedong is depicted in this movie. Our only hope is that the penultimate scene is Mao Zedong caressing Lei Feng (dramatized) as the young soldier dies after getting hit by a falling telephone pole (true).

Tsinghua hosted a premiere party a few days ago, and there will be another launch party this evening. Look for it in theaters everywhere soon.

UPDATE: Screenings in two cities have been cancelled because theaters sold ZERO tickets. Via Hollywood Reporter:

Speaking to the Yangtse Evening Post, a staff member from a Nanjing cinema said the venue canceled all four screenings of the film after it opened on Monday. “Not a single person bought tickets, so we had to pull the screening when the time came – all four screenings hit zero at the box office,” he said. “We are quite surprised, as generally you would sell some tickets for a movie one way or the other.” Meanwhile, a report on the sina.com portal said two cinemas in Xi’an also had to pull the plug on all of their Young Lei Feng screenings due to similar circumstances. The film still remains on release — for now — assuming it starts to sell at least some tickets.