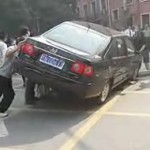 In Beijing's Puhuangyu on Friday, a car ran someone over, and this is the aftermath. Look at all those people going to help. 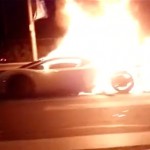 Yesterday night around 9:16 pm, a white Lamborghini was found in flames on the side of East Fourth Ring Road near Dongfeng Bridge. The Jiuxianqiao fire department rushed onto the scene with three trucks, but the flames weren't quenched until they completely and utterly destroyed this poor, precious vehicle. 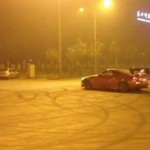 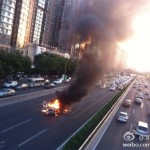 Just a van in flames, nothing to see here. Black plumes like a soul fleeing from the pyre, what of it? Burning in the early Beijing morning, on Friday, burning and dripping flames. 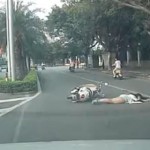 The first time you watch this, you'll likely not catch what exactly happens. Youku user Wanku, who posted the above video, certainly didn't. But after returning home and studying the footage, Wanku realized something: he/she saw a robbery happen in broad daylight, and in front of the city hall in Binhu district of Wuxi, Jiangsu province, no less. 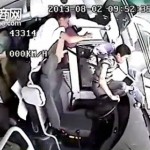 Here's some rather harrowing footage of a bus crash in Wenzhou, Zhejiang province on August 2 around 9:52 am, as seen from inside the bus. Reports are that the driver was backing up on the highway (don't do that) when an oncoming semi plowed into it. 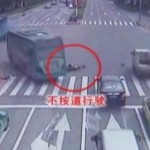 How not to ride a scooter in China. Sit back and enjoy. 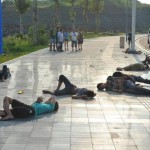 Sometimes it's not cool to see how many people can squeeze onto the same motorbike or vehicle. Sometimes it's dangerous, as nine young riders in Yubei, a district in Chongqing, learned recently. 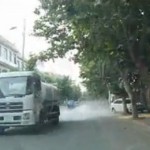 This is nice. In China -- undisclosed city, undisclosed time -- a driver saw an elderly woman walking slowly on the side of the street, and a water truck coming toward her from the other side. The sprayage would almost assuredly have soaked her, so the driver sped up, then parked the car between the oncoming truck and the woman. It's the road equivalent of laying a raincoat over a puddle so that a woman in heels can cross the road. 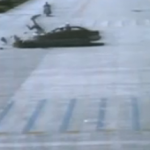