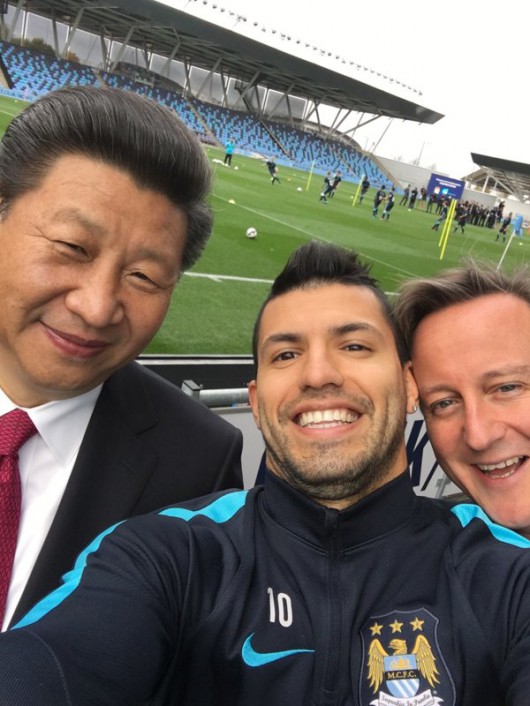 Xi Jinping, David Cameron, and … Sergio Aguero. What the heck?

China’s president looks like a real human being. David Cameron looks like he has FOMO. Forget “selfie of the year,” which many have proclaimed. This is a Picture of the Year candidate, and it was taken by an Argentine footballer.

The backstory is that Xi Jinping is visiting Manchester as part of his UK tour, where he’ll talk about capital investments and direct flights from Beijing to Manchester. But who cares. Look at this!: