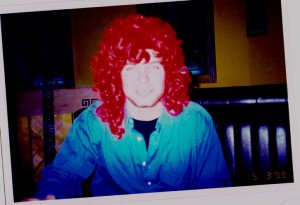 Beijing has no use for your nostalgia. But when news that The Den was closing reached abroad last week it warranted a moment of reflection. Read more » 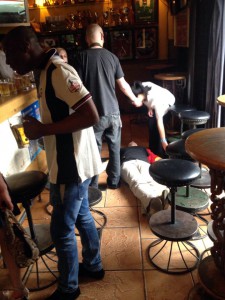 Since 1997 in Beijing, it’s been possible to answer “Where can I get a really nasty Old Fashioned and a 900-gram burger at 5am?” “Who’s showing the goat-wrestling qualifiers?” and “What happened to your phone?” with the same words: The Den. Last weekend, that all changed. According to the Beijinger magazine, quoting someone’s WeChat, the city’s only 24-hour all-in-one sports bar, restaurant, short-time hotel, crisis-counseling centre, divorced men’s networking club, Pattaya tribute venue and dipsomaniacal dog whistle is closing. Read more » 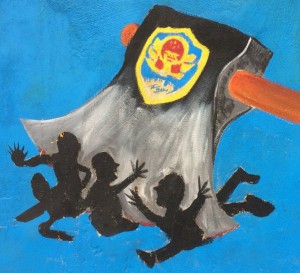 In a recent article James Leibold, a scholar at La Trobe University in Australia, discussed the way ethnic minority struggles against police and structural violence has often been officially mislabeled "terrorism." At the same time, in China, as in the United States, violent acts carried out by non-Muslims are read as acts of the deranged and mentally ill, but not as "terrorism." In China, as in the United States, the lives of Muslims which are lost as a result of “terrorist” or “counter-terrorism” efforts go unnoticed and unmourned. All losses of life leave gaping holes in our human social fabric, but why are some more grievable than others? What happens when a population is terrified by the discourse of terrorism? Read more »

A reality show about a pair of millionaire tourists has been nixed from China’s Internet, after an episode depicting encounters with Kurdish forces fighting ISIS in Syria was broadcast on the mainland. Read more »

Back in April, signs of the famous Uyghur restaurant chain Herembağ (Eden) began to appear on the streets of San Francisco. A few months later, a location in Fremont was opened in a renovated hotpot restaurant with promises of a third Bay Area location in San Mateo. Like their restaurant locations from Beijing to Astana, Kazakhstan, the American version of Eden serves an upscale version of the traditional Uyghur pasta, lamb, and rice dishes, as well as Hui-inspired northwest specialties such as Big Plate Chicken (dapanji) and Turkish-style döner kebab. Read more » 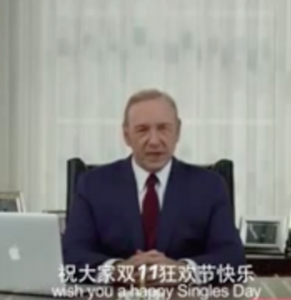 The worst possible intrusion of commerce, at the service of a fake commercial holiday, in the guise of cleverness. Read more » 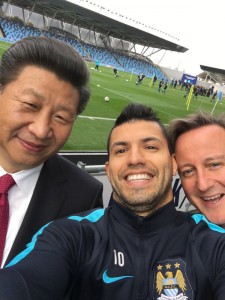 On the top floor of the Aq Saray, or White Palace, hotel in Ürümchi is a massive reproduction of Napoleon Crossing the Alps by Jacques-Louis David. It is flanked on its left by a reproduction of Ivan Kramskoi’s Portrait of an Unknown Woman (which everyone associates with Anna Karenina). Across the expansive red room, otherwise decorated in the style of a Russian tea room, gigantic reproductions of Venetian canals and cityscapes fill out the walls. Overhead murals of clouds, star constellations, and pheasants in flight glow against the ornate heavy white archways that surround them. Read more »

Initially many Uyghurs were excited about the Uyghur photographer Qurbanjan Semet’s book-length photo essay I am from Xinjiang on the Silk Road. They were thrilled to see Qurbanjan’s national primetime interview on CCTV News. They were astonished to see it translated into English (by Wang Chiying) and sold alongside Xi Jinping’s boilerplate biography at Book... Read more » Read more »

Every time I biked past the dozens of men (and the occasional woman) fishing in Beijing's canals, I'd assumed they were fishing for their dinner. I shuddered at the thought of eating anything that came out of a stinking canal that already had dead fish floating in it. I mentioned it to my Chinese coworkers and they said it was impossible, that nobody would be crazy enough to eat Beijing's fish. But I wasn't convinced, so camera in hand, I went to find out. Read more »