“Some extremist things that ISIS does is against Islam. This is not Islam.”

– ISIS captive, as told to an interviewer on the Chinese show On the Road.
The entire show has since been censored by Chinese authorities 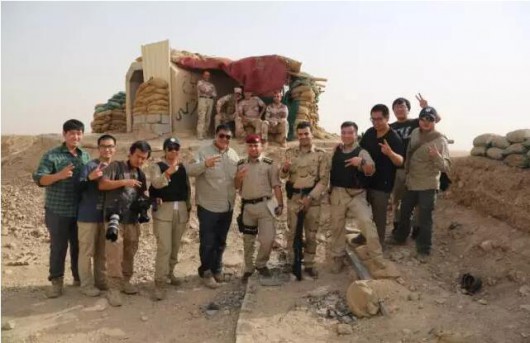 Married couple Zhang Xinyu, 38, and Liang Hong, 36, made their name crisscrossing the globe for travel show On the Road, getting about as far as possible from the stereotype of the bovine boor abroad: the pair have filmed themselves in unfashionable spots like Somalia and Chernobyl, enjoying their nuptials in Antarctica and recreating an iconic Buddha previously destroyed by the Taliban.

Zhang is a self-made entrepreneur who joined the PLA Air Force when he was 19. After leaving, he invested his savings in a tofu shop in south Beijing. Bean curd was still a relatively rare delicacy in those days and the business flourished. With a line of tofu-making machines and investments in trade, jewelry and construction, Zhang has been able to fund a passion for travel that has established him and his wife as minor celebrities.

Though the affable pair has probably done more for Chinese soft power than any effort by Xinhua, that hasn’t won them credit with the censors. After Syria, all episodes of On the Road were removed from streaming sites such as Youku and Tudou, their Baidu fan forum was shut down, and the show’s official Weibo account – as well as the couple’s personal microblog accounts – was frozen. 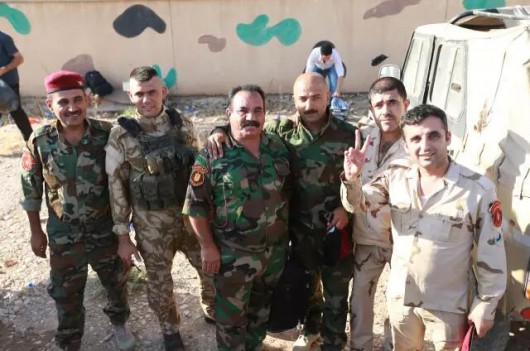 Kurdish forces near the Syrian battlefront

Journey to the Middle East

The most recent episode of On the Road depicted the well-tooled couple running with underpowered Kurdish troops in Syria, launching a drone into ISIS-held territory, and interviewing captured Islamic State troops shortly before their (off-camera) execution. It’s surprisingly bold TV – the sort you can’t possibly get away with in China.

While Beijing has condemned the Paris attacks, it’s not interested in having a conversation on terrorism back home. Beijing is as clueless about fighting Islamist terrorism as Western leaders, as bungling attempts to quell the insurgency among ethnical Muslims in Xinjiang well demonstrate. Short of any solution, Beijing is relying on brute censorship to quell all debate in the meantime. (When ISIS executed a Chinese hostage recently, censors played down news of the killing and suppressed any calls for a reprisal.)

Therefore it’s not a surprise that the show got yanked – the Syria incident crosses every red line on what Beijing considers acceptable for public consumption. What’s curious is it even got broadcast in the first place, given China’s much-ballyhooed Internet restrictions, or that some wishful thinker clearly didn’t think it would cause problems in the first place.

Below is an edited translation of crew member “Liu Feng’s” account of what happened during filming of the controversial episode (which was broadcast last week – the episode was still viewable on YouTube until this weekend; it is now only accessible to members*).

“What happened in Paris yesterday has been going in Iraq and Syria every day for the past five years. On the Road’s Season 3 crew drove to Iraq this May, after breaking through Taliban blockades in Afghanistan. A month later, with the help of Iraqi Kurds, the team entered Syria ‘with no permission,’ heading straight to Kobani, the frontline of Kurds against ISIS,” Liu writes.

“The battlefront is very long and not heavily guarded, though everyone was very hospitable to we Chinese, with many saluting us. [The Kurds] lived in very modest sheds and called each other ‘comrade.’ They even prepared tea for us.

“A 14.5mm machine gun was the only ‘heavy weapon’ in the Kurds’ camp, which jammed very frequently. Their weapons were very old and outdated: most of their ammunition was almost 40 years old. Put it this way – the Kurds are fighting a 2015 war with 1960s weapons, whereas their rivals ISIS, after capturing Mosul, took over local Iraqi and Syrian government arsenals, which included many arms left behind by the US army, including chemical weapons.

“The Kurds were fascinated by our crew’s filming drone. They sent the drone above ISIS territory and filmed for a while […].” Three days after the crew left, though, disaster struck the Kurdish team. ISIS “used mustard gas on the Kurds. Seven soldiers who were just drinking tea with Zhang days ago died.”

The team also visited a camp of female Kurdish soldiers, aged 17 to 27, described as “highly limited” in their physical ability to attack ISIS but psychologically effective because “ISIS would most hate to die at their hands… in the world of ISIS, a man killed by a woman will never go to heaven.” When the crew gifted the women their bulletproof vests, “the Kurds had obviously never seen one and had to test them by shooting at it.”

The team decided to help their Kurdish allies seek out some “real action” by sending a drone deep into ISIS-held territory; when the enemy fired on the aerial camera, light tracers betrayed their position (miraculously, the drone escaped completely intact). Soon after, the crew got to meet the enemy face to face.

“[The Kurds] agreed to let us interview a couple of ISIS captives. Yes, real, bona fide ISIS members. We wanted to see what they look like, what they think, how they act, how they face death. Three men were brought into our room, all blindfolded. 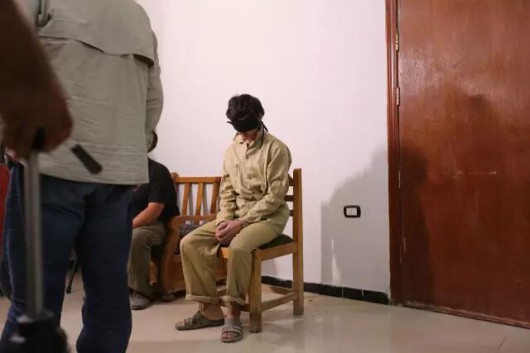 Zhang (left) waits to interview one of the seated captives

“We knew they were all going to be executed”

“The first came from Turkmenistan, was extremely handsome and looking not the slightest bit brutal. He had been in ISIS for a long, long time but we couldn’t communicate with him, as he did not speak Russian, Arabic or Turkish.

“The second was from Tunisia, and was strong. He said he had been a house painter before… after the Arab Spring a year ago, he went to Syria and joined the [Free Syrian Army] to fight against Assas. There he was recruited by ISIS and had an ISIS-arranged marriage. During battle in January, he was injured and captured.

“‘Have you killed anyone?’ [On the Road host] Zhang asked. He answered that, because they just randomly opened fire in battle, someone could have been unknowingly hit but he didn’t directly know if he’d killed someone – though perhaps he was trying to play down his own guilt. ‘So do you think ISIS is Muslim?’ He kept shaking his head. ‘Some extremist things that ISIS does is against Islam. This is not Islam.’ He then lowered his head and murmured that ISIS had tricked him: he missed home and he missed his mother.” (Reports from defectors suggest that disillusionment is quite common among overseas recruits)

“The third one pissed us off. He was 24 and a Kurd from Turkey himself. He was studying engineering in Turkey and didn’t even know Koran well. He just watched some ISIS promotional videos at school, contacted some extremists… then just left school and joined ISIS in Syria. On the first day, an ISIS officer asked if he was willing to be a human bomb and go to heaven, and he said no. He was then sent to rookies’ camp for two month. The first time he was sent into battle, he was captured. He considered ISIS simply a rather extremist form of Islam but not wrong. He also thought ‘beheading’ was simply the Islamic form of execution… Zhang asked if he knew what would happen to him. He bit his lip. ‘Do you miss your mother?’ ‘Yes.’ Then he began crying. Because ISIS doesn’t exchange POWs, we knew they were all going to be executed. We heard three gunshots in the camp when we left.” 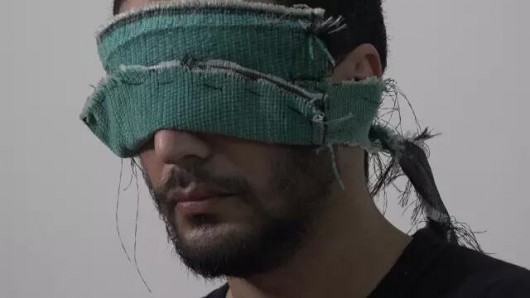 While Weibo searches for the show produce no results, Zhang and Liang’s many fans are using the social media platform to make plain their disappointment at the show’s suspension and express concerns about their personal safety. During the third season of On the Road, Zhang and Liang made global headlines by “recreating” the destroyed Buddas of Bamiyan for their Kurdish friends, and were said to have been captured by ISIS, a rumor they dispelled by attending a book launch in the capital in late October. Instead, they have now vanished from their own country’s cyberspace.

Valentina is a journalist in Beijing. Follow her @valentinaluo

* UPDATE: Reader @Pennyfeathr kindly points out that episodes of the ISIS trip are back on YouTube, albeit at a different account. Watch the two parts here: