Welcome to Three Shots with Beijing Cream, where local personalities get drunk with us for some reason. Produced and directed by Gabriel Clermont and Anthony Tao.

Our guest this week is the loquacious and smoky-eyed Nestor Santana, a longtime expat with the expat’s trove of stories — many of them we can’t tell here. It doesn’t mean we can’t ask about them though.

Nestor is the Asia manager for an ad and marketing company and has lived in Beijing for eight years. You’ll have to catch him at one of the city’s bars, of which he is a habitué, for fuller scoops.

Three Shots With Nestor Santana was filmed at Cu Ju (28 Xiguan Hutong), run by another longtime expat, the estimable Badr of Beijing Daze. Go for the rums. Seriously, do it. The collection is to be marveled. 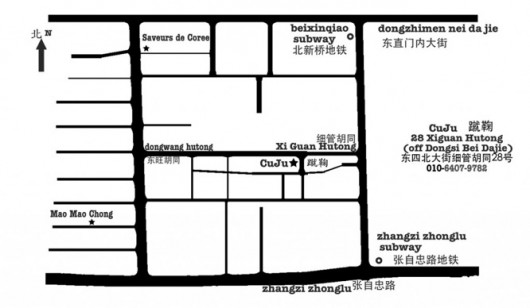 Edited by Gabriel Clermont (@gabrieltrane), with additional filming by Stone Yu. Special thanks to Badr of Cu Ju.