On February 5, 1989, at the opening of the China Avant-Garde Exhibition at the National Art Museum of China in Beijing, a young performance artist by the name of Xiao Lu fired two gunshots at her work, two telephone booths with figures engaged in conversation inside. Her act -- part of the performance piece titled "Dialogue" -- became synonymous with the exhibition, caused the entire show to be temporarily shut down, and contributed to her and her boyfriend's arrest. Read more » 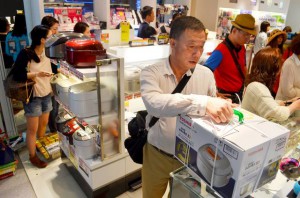 The consumption power of Chinese travelers once again grabbed headlines during the Spring Festival holiday. But instead of luxury watches or baby formulas, it’s Japanese toilet seats that have tourists going wild. Read more » 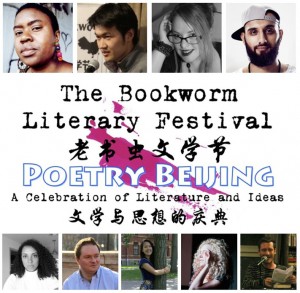 This Sunday at 2 pm at the Bookworm, as part of the 9th annual Bookworm Literary Festival, seven community poets will join two visiting writers/performers for Poetry Beijing, a celebration of verse and the power of the spoken word. But more importantly, it'll be a spotlight for this community's regular literary events and the people who run them. For example... Read more » 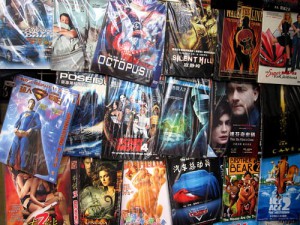 Lately I’ve been thinking about a particular aspect of Beijing history that doesn’t get written about much: bootlegging. VHS never caught on in China as it did in the West. It was only when CDs, VCDs, and DVDs landed that things shifted dramatically from state-sponsored TV and film to virtually anything that could be dubbed to disc. Suddenly the French New Wave, Chuck Norris, and Buster Keaton -- even whole historical collections from foreign national archives -- were available to anyone who had a few kuai to rub together. Read more » 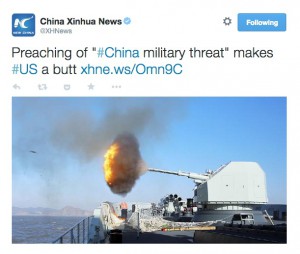 At some point, you think maybe Xinhua would stop letting the more unsavory of their foreign copyeditors access the Twitter account. That point is not today. Read more »

The 9th annual Bookworm Literary Festival kicks off on Friday, March 13, and this year's lineup looks to be one of the most interesting ever. The guests on this week's Creamcast certainly think so -- they're festival coordinators, after all -- but don't let their bias stop you from checking it out yourself. Read more » 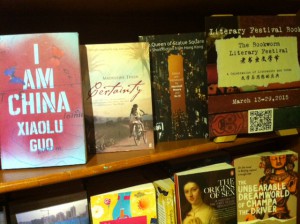 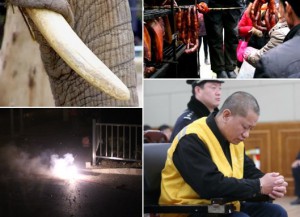 Another edition of This Month in Bans: February. Read more »

Welcome to the reboot of The Creamcast! From the studio of Popup Chinese, RFH and I welcomed Andray Abrahamian, Executive Director at Choson Exchange, and Simon Cockerell, general manager of Koryo Tours, to talk about all things North Korea -- spying, journalism, coffee, reunification, and whether animals cry (this was really a predominant theme). Read more »

One of the emerging trends among young Uyghur film directors is a new attention to documentary filmmaking. This approach has long been a part of Uyghur cinema, but previously it was often part of a larger public relations presentation sponsored by the Chinese Culture Ministry. These new documentary short films are independently produced on limited budgets by young filmmakers who have an intimate knowledge of their subjects. Read more »

Hello, poets of Beijing. The Bookworm Literary Festival -- one of the largest bilingual cultural events in China -- has renewed our community poetry event for this year's program, which means it's time to get writing, reading, and workshopping. Last year's event, Poetry Night in Beijing, attracted a standing-room only crowd, and we can only hope to again get that kind of support. Consider this an open call. If you're interested, read on. Read more » 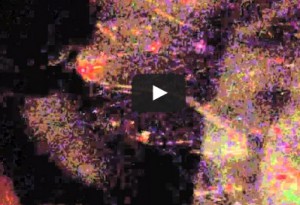 Here's another view of the fireworks on Chinese New Year’s Eve last Wednesday night, taken by someone on a plane landing over Beijing. In my previous post I wrote, "During no other time, living on the ground here, do I feel like zooming out to become an all-seeing observer." I guess it'd look something like this. Read more » 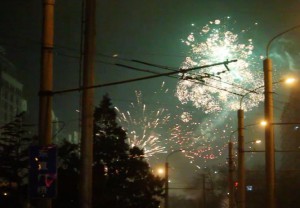 For the first time ever, New York City set off fireworks to commemorate Chinese New Year. It happened over the Hudson and was synchronized and jubilant. At one moment it looked like skyscrapers were melting out of the night. Colorful. Impressive. Yet it was still mere facsimile for the real thing. You see, for my money, the most noteworthy -- if not outright best -- New Year’s celebration happens in Beijing. Read more »

Here's the classic story of a man who lost his phone in New York's East Village only to discover -- due to a stranger's pictures appearing on his photo stream -- that the phone is still alive, though halfway across the world. This is undoubtedly the cross-culture social media story of the year, featuring Avril Lavigne, firework pics (iPhones have amazing cameras, never forget), and a human flesh engine search initiated by Chinese netizens. Read more » 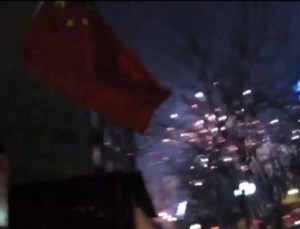 Happy Chinese New Year, everyone. SheepGoatRam is better than ManBearPig. Or not. I don't know. Go drink some wine. Read more » 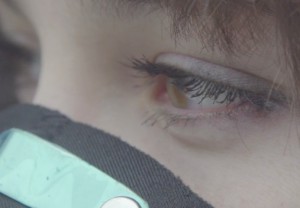 For you: a very special Sindicator. Using the sino-indicator of PM2.5 I show how air pollution can really fuck with your emotions. A bit more gravitas in this, a short film documenting a day in shit air, but with a kitschy sci-fi mood and a bit of dark humor. Read more » 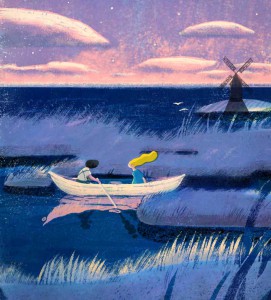 Few things can poison an artist’s development quite like early fame. And when fame comes knocking, it takes a lot to cast it away and reboot one’s art career in an unfamiliar world. Illustrator Lisk Feng made that tough decision three years ago when she left her hometown behind to build her skills and begin a new career in the US. Read more » 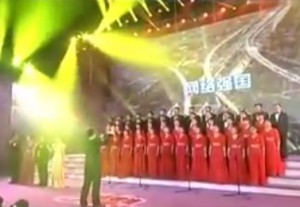 There's verve here. Brio. These singers are rouged with holy spirit and plainly happier than you and I, poor nonbelievers at Christmas Mass. Why do we continue to pay the price for our pride? Who are we to let the piddling inconvenience of no Gmail make us glum, corruptible, not-rippling as befits our 5,000 years, unfaithful and obfuscated and dark and meekly dying on sand? March to this goddamn battuta, guys. INTERNET POWER. Hotdamn. Read more »

When Memetjan Semet first came to Urumchi he remembers being shocked at how isolated everyone felt from each other. For the first time in his life he didn’t have his family and childhood friends to lean on for support. He also noticed that he wasn’t alone in this condition. No one in the big city seemed to care about the others around themselves. Instead, people kept their heads down. They focused on their smartphones, chatted with friends in the virtual world, and ignored the difficulties of people nearby. The problems of strangers were not something they needed to feel. Read more » 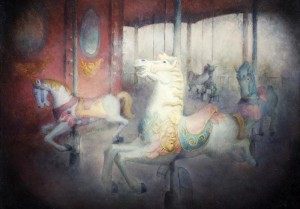